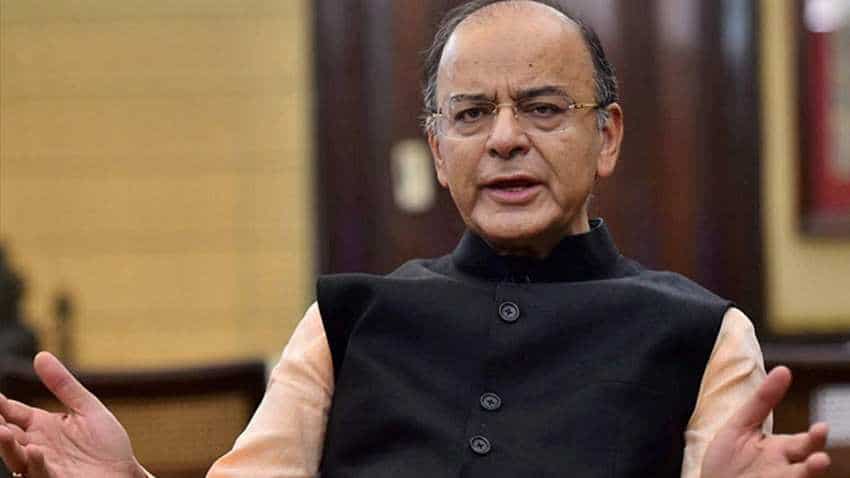 Finance Minister Arun Jaitley Friday said the ongoing global trade war may have created "initial instability", but will gradually open up opportunities for India to emerge as a bigger trading and manufacturing base.

The Trump administration's decision to impose tariffs on aluminium and steel imports has triggered a trade war with several countries including China, which have announced retaliatory measures.

Speaking at the annual session of PHD Chamber of Commerce, Jaitley said some global trends do "adversely affect" India, but going ahead they will open up avenues for the country to grow faster.

"The trade war initially created instability, but eventually may open up greater markets. They will open up India as a bigger trading and manufacturing base and, therefore, we must closely watch the situation as to when the challenge turns into an opportunity," Jaitley said in his video conference address.

Experts say the ongoing trade war between the US and China could make Indian products, like machinery, electrical equipment, vehicles and transport parts, chemicals, plastics and rubber products, competitive in the US markets.

India has been growing faster than major economies in the world, he said, adding, "I won't be surprised if for several years to come we continue in that direction. There are opportunities for growth. This is our opportunity to catch up on the slow growth we have experienced in the past. We still have avenues for faster growth."

"In the last few years formalisation of economy has taken place and GST and demonetisation has helped in this. The number of income tax assessed has hugely increased and assesses registered under GST too have gone up by 74 per cent over earlier indirect tax regime," the minister said.

Referring to rising oil prices in the international market, Jaitley said that it poses a challenge for the economy since India is a net importer of crude oil. The country imports 81 per cent of its oil needs.

India is the third-largest importer of crude oil and rising international crude prices are inflating domestic transport fuel rates in a strong demand environment. Brent, the benchmark for half of world's oil, climbed to USD 80 per barrel from USD 71 in the last five weeks.

"Notwithstanding these challenges, I'm quite certain that in the days and years to come, there are great opportunities for India in order to grow," the minister said.

Asking businesses to be ethical in their practices, Jaitley said post the Insolvency and Bankruptcy Code (IBC), doors will be shut on "fly-by-night" operators and those with ethical practices will find a much greater opportunity to continue their businesses.

The IBC, Jaitley said, has imposed a new ethics on Indian businesses that when you take money from lenders you have to service the debt, it cannot be that the lenders spend sleepless night after lending money to Indian businesses.