"The US goods trade deficit with India was USD 22.9 billion in 2017, a 5.9  per cent decrease (USD 1.4 billion) over 2016," said the National Trade Estimate 2018 released by the USTR. India is one of the few countries with which US' trade deficit has decreased in the last one year. 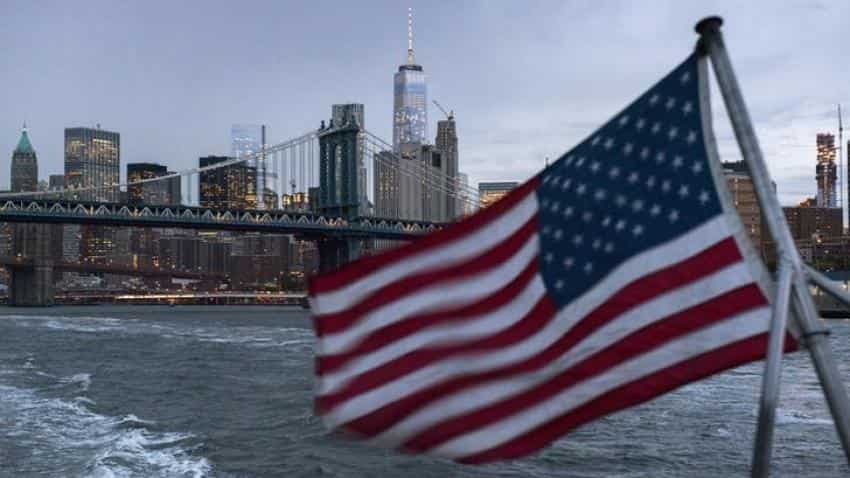 US goods exports to India were USD 25.7 billion, up 18.7 per cent (USD 4.0 billion) from the previous year. Image source: Reuters

The trade deficit between India and the US dropped by almost six per cent in 2017 compared to the previous year, the US Trade Representative (USTR) has said, even as it continued to harp on issues such as market access and high tariffs on several American products being imported into India.

"The US goods trade deficit with India was USD 22.9 billion in 2017, a 5.9 per cent decrease (USD 1.4 billion) over 2016," said the National Trade Estimate 2018 released by the USTR. India is one of the few countries with which US' trade deficit has decreased in the last one year.

US foreign direct investment (FDI) in India (stock) was USD 32.9 billion in 2016 (latest data available), a 10.0 per cent increase from 2015. US direct investment in India is led by prof., scientific, and tech. Services, manufacturing, and wholesale trade, it said.

However, the Trump administration continued to harp India on a number of issues, including market access, high tariff and protection of intellectual property.

"In 2017, India implemented price controls on coronary stents and knee implants that do not fully differentiate for advanced technologies within a product class," it said.

National US companies have applied to withdraw technologically advanced products from the market, but the requests have been rejected, forcing the US to sell certain products at a loss. India has indicated it may apply similar price controls on additional medical devices, it said.

According to National Trade Estimate, India continues to maintain some of the highest average tariff rates worldwide. The large gap between India's WTO bound and applied tariff rates allows India to make frequent adjustments to the level of protection provided to domestic producers by modifying tariff rates, it said.

"The United States continues to raise these concerns through bilateral engagement with the Indian government, including through the US-India Trade Policy Forum," the USTR said.

According to the report, the US has actively sought bilateral and multilateral opportunities to open India's market, and the government of India has pursued ongoing economic reform efforts. Nevertheless, US exporters continue to encounter tariff and nontariff barriers that impede imports of US products into India, it said.

Noting that India imposes onerous requirements on dairy imports, the report said India continues to require that dairy products be derived from animals which have never consumed any feeds containing internal organs, blood meal, or tissues of ruminant origin.

India has explained that its position is based on religious and cultural grounds, it said. This requirement, along with high tariff rates, continues to prevent market access for US milk and dairy product exports to India, one of the largest dairy markets in the world.

"In order to address India's religious and cultural concerns, in 2015, the US proposed a labelling solution to allow for consumer choice between dairy products derived from animals that have or have not consumed feeds with ruminant protein," the USTR said.

India has so far rejected that proposal, and the US continues to press India to provide access to the Indian dairy market, the report claimed.

The US, it said, has raised concerns about India's sanitary and phytosanitary (SPS)-related trade restrictions in bilateral and multilateral fora including the TPF, the WTO SPS Committee, and Codex.

According to the report, the US continues to work with India to open market access for US poultry products into India consistent with the WTO ruling. Until then, the US considers the dispute unresolved, it said.

Observing that India maintains zero tolerance standards for certain plant quarantine pests, such as weed seeds and ergot, that are not based on risk assessments and result in blocked imports of US wheat and barley, the report said bilateral discussions to resolve these issues, including at the senior official level, have achieved little success to date.