Care Ratings has projected India's trade deficit in the range of $100-110 billion by the end of March this year. 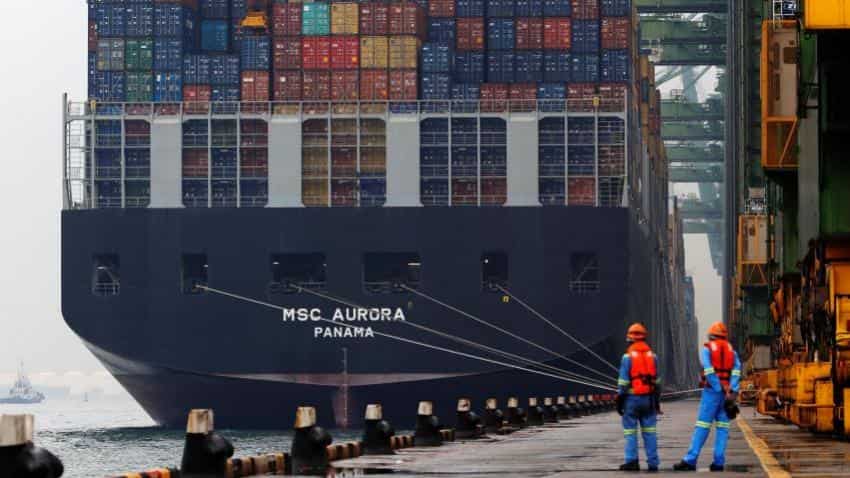 During April-December period of the fiscal 2016-17 the trade deficit was at $76.37 billion as against $100.08 billion in the same period last year. Image Source: Reuters
Written By: PTI
RELATED NEWS

The country's trade deficit which improved by 25% in the first nine months of financial year 2016-17 as compared to last year, is likely to be in the range of $100-110 billion by March-end, says a report.

"The trade deficit has improved sharply by almost 25% in the first nine months and with the present trend, the overall trade deficit would be in the region of $100-110 billion for the year (fiscal 2016-17)," Care Ratings said in a report.

Exports were marginally in the positive territory in the first nine months of the fiscal 2016-17 while imports continue to decline by around 7%.

Talking about the Foreign Portfolio Investment (FPI) flows, the report said with the US economy showing signs of accelerating and the US Federal Reserve announcing its intentions to increase interest rates in a phased manner, debt investments in emerging markets would become less attractive.

For the year so far, FPI flows into equity has been positive at $2.5 billion as against outflow of $2.7 billion last year same period, the report said adding that since October there have been outflows.

"Investors have moved out of IT and pharmaceuticals in the nine-month period which could be attributed to the Donald Trump effect, while they have continued to invest well in the oil and gas sector," it said.

In case of debt the picture was negative with overall outflows being $5.3 billion in these three quarters as against a net inflow of $2.1 billion last year, it said.

Outflows in the last three months were as high as $6.8 billion and the major withdrawals were from the government securities market which could be due to the capital gains made from a declining interest rate regime.

The report said FPIs may continue to be less bullish about emerging markets with rates moving up in the USA and could continue to be in a withdrawal mode.

It further said going forward, global factors including commodity price movements, economic policies of the new government in the US and monetary policy stance of global central banks could have a bearing on capital flows in the country.

Foreign Direct Investment (FDI) inflows in the first half of the fiscal 2016-17 has increased by $5 billion to $21.3 billion from $16.6 billion in the April-September period last fiscal.

The report said FDI has been doing better than FPI flows in the last couple of years as the factors driving them are policy environment and opportunities and not linked with profit motivation unlike FPI.

In the April-December period of the fiscal 2016-17, the rupee has witnessed varying trends in the last nine months- it declined in May and June before strengthening in the next four months.

The rupee declined in November and December which was also the time when the FCNR (B) outflows took place and the dollar simultaneously strengthened rapidly after Donald Trump was elected as President of USA.

"With the USA policies expected to kick in soon with the new president taking over, it may be conjectured that the US dollar will strengthen which will weaken the rupee that could cross the 69 mark in the next couple of months," the report said.

The forex reserves too followed similar patterns and increased till September and then declined in the next two months, the Care report said.