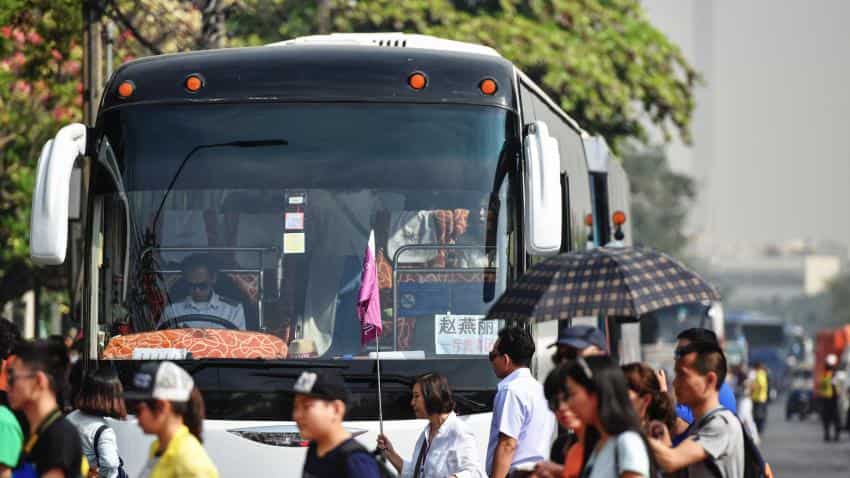 The Government of India started the e-Tourist Visa facility on November 27, 2014, which was available till February 25,2016, for citizens of 113 countries arriving at 16 airports in India, the release said. Image Source: IANS
Written By: Tejal Yerunkar

A total number of international tourists arrived in India on e-Tourist Visa registered a growth of nearly 197% in August this year.

"The country during the month recorded a growth of 196.6% to 66,097 number of tourists arrived on e-Tourist Visa as against  22,286 number of tourists in the same period last year," the Ministry of Tourism said in a press release on Thursday.

During the month, the United Kingdom (UK) occupied the top 10 slot of countries availing e-Tourist Visa facilities with 19.4% share followed by United States of America (USA) with 13.2% and China with 6.7% share, the release noted.

Among the top 10 airports, which witnessed a growth of tourist arrivals on e-Tourist Visa during August month, New Delhi Airport led the percentage share with 45.30% followed by Mumbai Airport with 21.53% and Chennai Airport with 8.82% share.

The Government of India started the e-Tourist Visa facility on November 27, 2014, which was available till February 25,2016, for citizens of 113 countries arriving at 16 airports in India, the release said.

The government later on extended this e-Tourist Visa scheme for citizens of 37 more countries with effect from February 26 this year which took the tally to 150 countries.

In the last eight months, the number of international tourists arrived in India on e-Tourist Visa have registered a growth of nearly 257%.

This high growth may be attributed to introduction of e-Tourist Visa for 150 countries as against the earlier coverage of 113 countries, it added.