Bankers are also opposed to a "bad bank" and are urging the RBI to allow existing programmes to work. 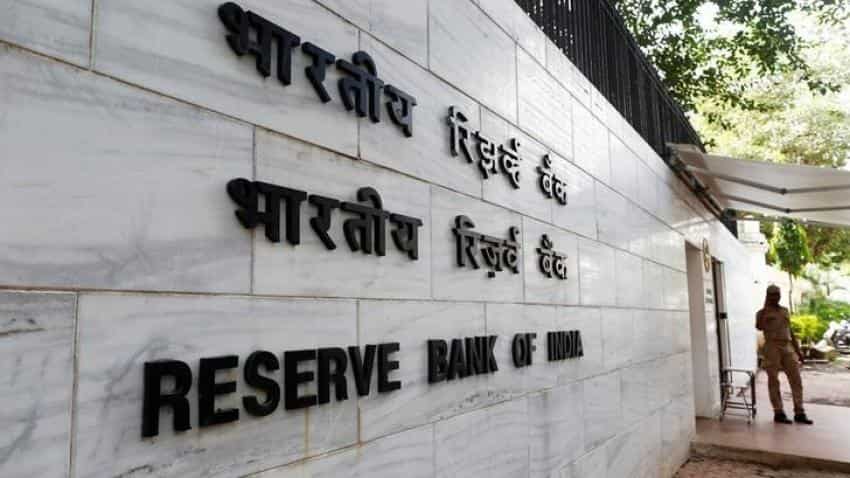 The RBI said it had no further comment on banks` bad debts beyond what Acharya said in his speech. Photo: Reuters
Written By: Reuters
RELATED NEWS

Economist Viral Acharya spent nearly two decades studying banking crises around the world. Now, as a deputy governor at India`s central bank, he is turning his attention to one that may be developing at home.

At issue is what to do with $133 billion in stressed assets accumulated by banks after years of reckless lending, a problem that has bedevilled regulators and stalled loans that India needs to revive private investment.

Acharya has put the issue back in the headlines. In a speech last week, the Reserve Bank of India official proposed creating "bad bank"-type institutions to buy and restructure stressed loans, along with an approach to banks and defaulters that he called "tough love."

With the government ambivalent towards the creation of "bad banks" to take on toxic debt, Acharya`s comments made markets sit up, and were seen by some economists as a signal of intent to tackle the issue.

Colleagues who have worked with him believe Acharya can bring urgency to the debate about India`s banking woes, sparked when a boom in lending after 2009 backfired.

"He is very professional, very, very driven," said K. V. Subramanian, an associate professor of finance at the Indian School of Business who has written papers with Acharya and known him for 12 years.

"He is continuing Raghu`s practice of calling a spade a spade," he added, referring to former RBI Governor Raghuram Rajan. "The banking sector is actually incredibly distressed. So, it is good to have someone who will not brush the problems under the carpet."

Acharya entered academia after graduating from New York University in 2001 with a Ph.D. in Finance. His career took him to London Business School and back to NYU in 2008. He started at the RBI in January.

Although he has been careful to note that India`s banking woes are not at crisis levels, Acharya warned that failure to act could see the country follow Japan`s financial stagnation in the 1990s or Italy`s troubles today.

His proposals call for the creation of private and public institutions to buy stressed assets and restructure them, although he says he dislikes the term "bad banks" and argues his plan provides only for narrow mandates to deal with bad debt.

And he took aim at defaulters who he said in his speech were having "somewhat of a field day" by avoiding repayments, and at bankers who were "kicking the can down the road."

Acharya calls his proposals "incentives," but any restructuring plans refused by bankers and defaulters could be forced upon them.

The RBI said it had no further comment on banks` bad debts beyond what Acharya said in his speech.

Acharya`s idea could be tough to implement. Fitch Ratings warned it was unlikely to work unless the government was prepared to inject some $10.4 billion it believes the sector needs by March 2019, given banks would need to cover for haircuts.

Acharya has acknowledged the need for recapitalisation, including in a 2015 paper in which he called on the government to undertake "radical" reform in the banking sector.

But he has been reluctant to specify a number, acknowledging the government`s fiscal constraints. It also marks a departure to Rajan`s thinking. Acharya and Rajan have had a close relationship over the years, and collaborated on several research papers.

Acharya was once mistaken for the former RBI governor, and, in recounting the anecdote, described himself as a "poor man`s Rajan". Yet Rajan long eschewed the idea of a "bad bank" and sought instead to provide flexibility to bankers by making it easier to write down bad debt.

Bankers are also opposed to a "bad bank" and are urging the RBI to allow existing programmes to work.

"They should try making modifications to the existing system and not come out with a new strategy every time a new person comes on board," said a senior banker at a state-run lender, referring to regulators.

Tackling bad loans is fraught with political risk. The Modi government can ill afford to appear to be sparing defaulted companies at a time when it faces accusations of being too close to corporate India and not doing enough for bankrupt farmers.

Taking big writedowns could also expose bank officials to investigations by police on why they issued the loans in the first place.

Whether Acharya himself can navigate these politics is uncertain. Unlike Rajan, who was greeted with suspicion by some in Modi`s government because of his role as chief economic adviser to the opposition Congress government, Acharya has spent most of his career in academia.

While he lacks political associations, he may also struggle to navigate New Delhi`s corridors of power.

And in contrast to RBI Governor Urjit Patel`s low profile, Acharya is someone friends say is up front about his beliefs. Government officials said they were open to debate Acharya`s proposal, but were initially sceptical.

"Where is the need of setting up separate institutions to deal with stressed assets when the current mechanism is making slow but steady progress?" said a senior finance ministry official, who deals with banks and the RBI on stressed assets.