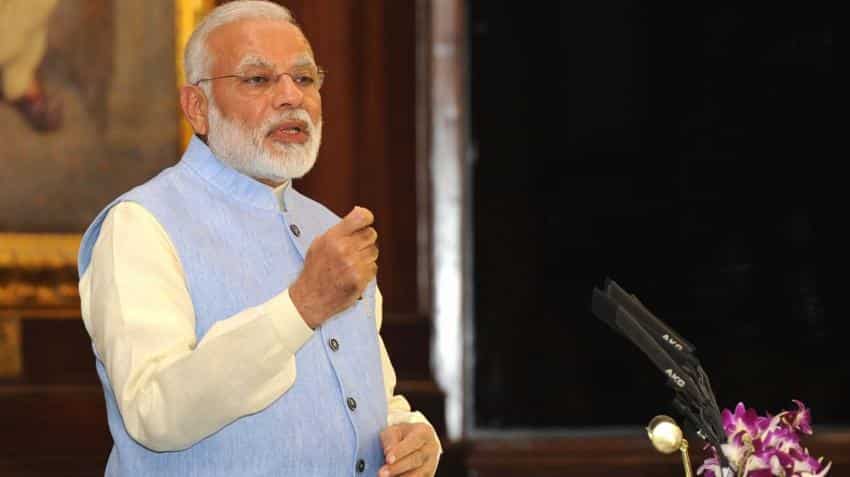 Warning of tough action on companies indulging in tax evasion, Prime Minister Narendra Modi today said over 37,000 such shell firms have been already detected and registrations of more than 1 (rpt) 1 lakh others have been cancelled.

Modi said his government is committed to taking even tougher action against those helping hide black money and he is not at all concerned about any political implications of strong moves.

Addressing chartered accountants on the foundation day of the ICAI (Institute of Chartered Accountants in India), Modi also said CAs should take a pledge to bring people in the tax bracket rather than boasting about the number of clients they have saved from paying taxes.

Modi said his government along with Swachh Bharat Abhiyan (Clean India), is also cleaning India's economy and it has taken tough stand against those who have looted the nation.

In a strong message to the CA community, he asked as to why action has only been taken against just 25 of them for irregularities, while more than 1,400 cases have been pending for many years.

He said it is a bitter truth that only 32 lakh Indians have declared over Rs 10 lakh income, despite crores of them being in high-end professions.

"Government has cancelled registration of over 1 lakh companies in a single stroke and more than 37,000 shell firms have been identified for strong action," he said.

Modi also asked CAs that if they know anyone with black money, they should warn them that they would not be spared.

He said the impact of the government's steps on checking black money is clear from the latest figures of Swiss banks, which show that Indians' money parked there has dipped to a record low.

Surprisingly, the amount had risen sharply earlier in 2013, Modi said, referring to a period when the Congress-led UPA regime was in power.

Modi said chartered accountants need to safeguard society's economic health and they have a big responsibility.

"Your signature is more powerful than that of the Prime Minister and the government also believes the accounts signed by you," he said addressing the CAs.

He exhorted them to take charge of bringing their clients to path of honesty and said a wrong audit can impact lives of gullible investors as people take investment decisions on the basis of their audit reports.