Total Dhamaal Box Office Collection Prediction: Will it create magic at BO? What will be Gully Boy impact on it?

Total Dhamaal Box Office Collection: Total Dhamaal will not be released in Pakistan as the film casts has decided against the release after the Pulwama terror attack. 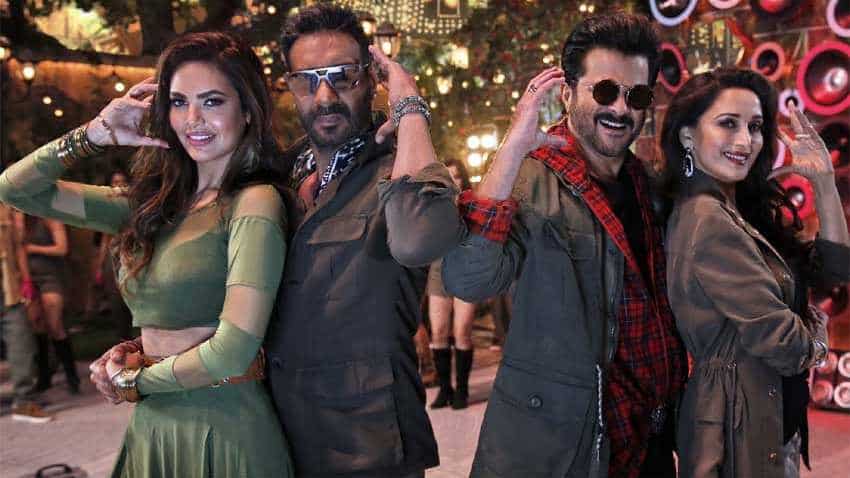 Total Dhamaal Box Office Collection: Directed by Indra Kumar, the multi-starrer film Total Dhamaal is set to be released on February 22. Dhamaal 3 or Total Dhamaal is the third installment of the Dhamaal film series. The film stars Ajay Devgn, Riteish Deshmukh, Arshad Warsi, Javed Jaffrey, Anil Kapoor, Madhuri Dixit, and Boman Irani in lead roles among others. The comedy film has been produced at a budget of around Rs 100 crore and is expected to do better business as compared to other films released this year.  Film critic and trade analyst Akshaye Rathi said Total Dhamaal is an expensive film and added that this kind of film works well in the country. "Kids will enjoy, masses will enjoy and the film is expected to do phenomenally well in tier 2 and tier 3 cities as well as in metro cities. It looks like a very universal film," he said adding that the film may well earn around Rs 15 crore on the first day.

Rathi said that Dhamaal franchise has always reaped big profits. "First Dhamaal had worked and then its sequel Double Dhamaal had also worked. The film has superstars like Ajay Devgn, Anil Kapoor, and Madhuri Dixit and the combinations may work superbly," said Rathi. When asked whether Anil Kapoor's inclusion will help the movie or not, Rathi said that Kapoor is one of the finest actors and his comic timing is incredible.

Questioned over Gully Boy's impact on the film's business, Rathi said that the two films cater to very different audiences. Gully Boy is based on the youth of slums and their aspirations. It caters to the youths in particular. I don't think there will be any clash as Total Dhamaal aims to cater to all the sections of the society.

It's notable that the film Total Dhamaal will not be released in Pakistan as the film casts has decided against the release after the Pulwama terror attack.