Total Dhamaal box office collection: Data shared by Adarsh revealed that though the film's earning has declined in the third week, it has managed to earn Rs 13.11 crore in week 3. 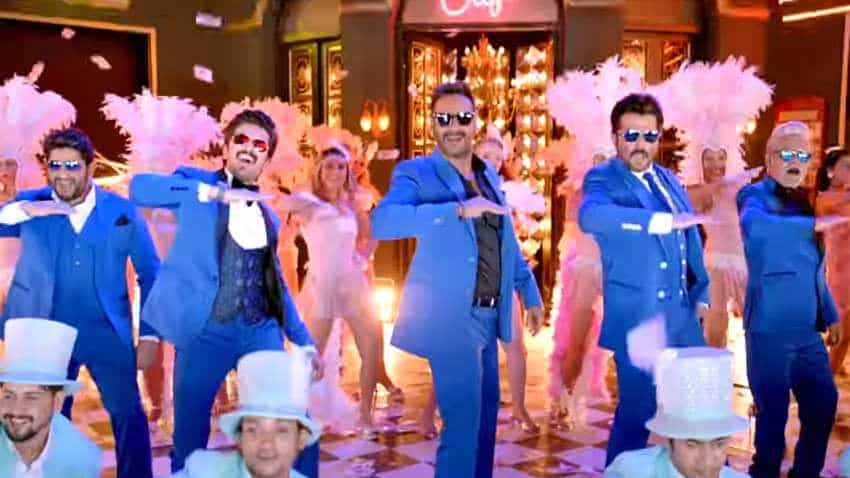 Total Dhamaal Box Office Collection: The film directed by Indra Kumar, the film has been produced with a budget of around Rs 100 crore.
Written By: ZeeBiz WebTeam
RELATED NEWS

Total Dhamaal box office collection: Multi-starrer film Total Dhamaal, the latest from the Dhamaal franchise, was released last month on Februrary 22. Several new films were released after that including Luka Chuppi and Sonchiriya, but the Ajay Devgn starrer has maintained its hold at the box offices. Film critic and trade analyst Taran Adarsh said that the film is 'slow and steady' at the box office.

Adarsh said that the film has achieved the Rs 100 crore benchmark in five days.

The film directed by Indra Kumar, the film has been produced with a budget of around Rs 100 crore. The comedy film features Ajay Devgan, Madhuri Dixit, Anil Kapoor, Riteish Deshmukh, Arshad Warsi, Javed Jaffrey, and Boman Irani in key roles.