Besides this, PM Modi said that the government is planning metro rail projects in 50 cities and high speed trains in various national corridors. “ 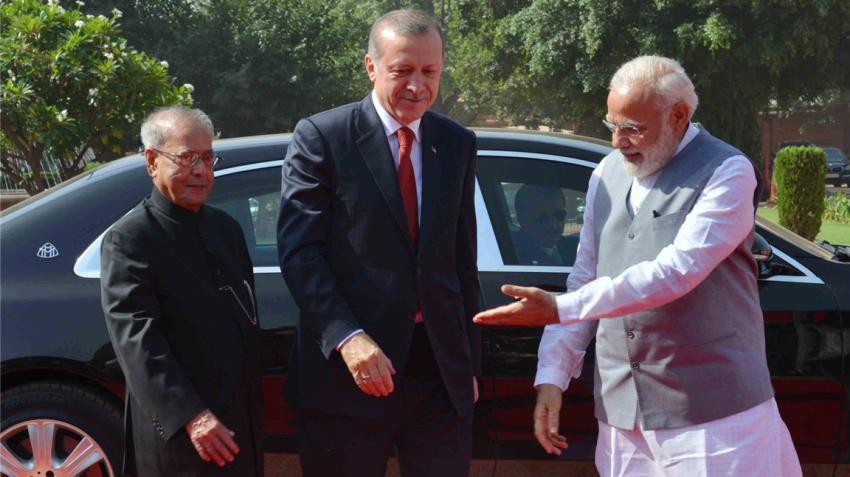 “As we strive to build stronger political ties, the time has come to also make more aggressive effort to deepen the economic relations... Economic cooperation has become pillar of every bilateral relationship,” PM Modi said.

He further said, “Today’s knowledge-based global economy is continuously opening new areas. We must factor this in our economic and commercial interactions. Indian economy is fastest growing major economy. Apart from maintaining this pace, our focus is to remove inefficiencies from the system.”

Besides this, PM Modi said that the government is planning metro rail projects in 50 cities and high speed trains in various national corridors. “We have planned to build 50 million houses by 2022. For this purpose we have repeatedly refined our FDI Policy in construction sector. We are putting up new ports and modernizing the old ones through an ambitious plan called Sagarmala. Hydrocarbon sector is a common area of interest for both countries. The same would also be relevant for solar and wind energy,” he added.

He said the impact of several government initiates for economic and administrative reforms and flagship programmes like Make in India in last 3 years is seen in performance of Indian economy.

President Erdogan in his speech urged multilateral approach to tackling the Jammu & Kashmir issue. He further said that he back both India and Pakistan for their admission into the exclusive Nuclear Suppliers Group (NSG).

President Erdogan said that India and Turkey economic relations must deepen. He also said that the Turkish Airlines wants to increase flights in Turkey.

President Erdogan, who arrived here on Sunday, is on a two-day state visit to India and the country is the first stop on the list of his world tour after winning a referendum in his country recently which gives him more executive powers as President.

President Pranab Mukherjee and Prime Minister Narendra Modi received Erdogan. He was then accorded the ceremonial guard of honour at the forecourt of the Rashtrapati Bhavan.

His last visit to India was in 2008 when he was the Prime Minister.

Mukherjee visited Turkey in 2013. Modi also met Erdogan on the sidelines of the G20 Summit in Antalya in 2015.