The Maharashtra government's latest investment of Rs 1,622 crore on infrastructure development in the tier-II cities is likely to result in growth in real estate sector in tier-II cities. 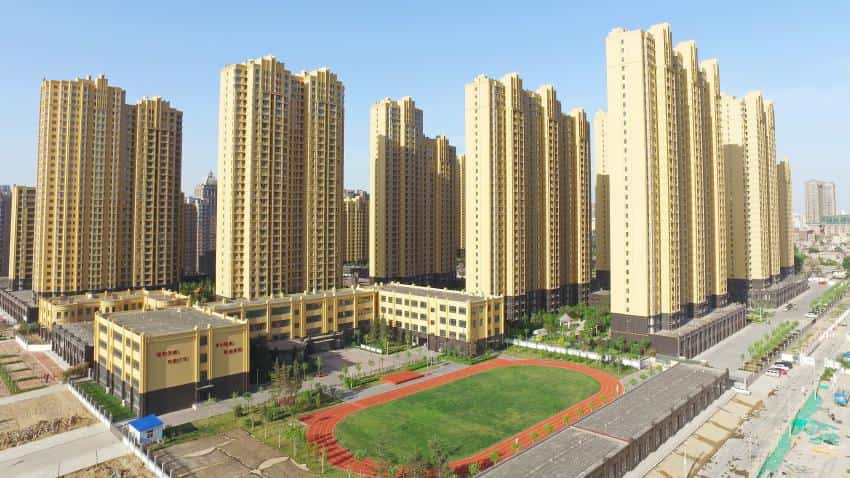 JLL India believes that cities like Mumbai, Pune and Nashik are likely to record a huge growth on back of existing infrastructure. Representational Image. Image Source: IANS
Written By: Tejal Yerunkar
RELATED NEWS

“The thrust on affordable housing is timely"

Tier-II cities of Maharashtra are likely to witness a growth in the realty sector with the rise in demand for the affordable housing on account of the state government's recently approved plan of investment in these cities' infrastructure development.

Last week, the state government sanctioned a Rs 1,622-crore plan for developing infrastructure in 28 tier-two cities in Maharashtra, according to The Times of India report.

According to the news report, the state's chief minister Devendra Fadnavis on April 20 this week will inaugurate the projects that are part of Atal Mission for Rejuvenation and Urban Transformation (AMRUT) and Nagar Utthan schemes that aim to upgrade existing infrastructure to match with the rising population and urbanisation.

Under the two schemes, water supply, sewerage treatment and laying of sewerage lines, and development of green belts projects have been sanctioned, including Rs 13.63 crore water supply project in Ambernath and a similar Rs 17.77 crore project in Badalpur and Kulgaon.

"...the focus in bigger cities will be to improve the quality of life through modernisation of existing infrastructure, in the tier-II cities it will involve creation of new infrastructure. That’s where we believe the tier-II cities will witness a major growth in real estate activities," JLL India managing director-strategic consulting Shubhranshu Pani, said in an e-mail interview to Zeebiz.com

According to participants, the recent investment by the state government will boost the demand for the housing in the tier-II cities

“A few of these tier II cities are located in the outskirt of Mumbai under MMR region and developing as affordable housing hubs. The demands in these cities are primarily driven by the industrial sector. The investment in infrastructure will improve the attractiveness of these cities as housing locations,” Arora said.

JLL India believes that cities like Mumbai, Pune and Nashik are likely to record a huge growth on back of existing infrastructure.

"The entire belt between Mumbai, Pune and Nashik will likely to see a major upliftment given the existing infrastructure and potential for future growth of industrial hubs and manufacturing base. However, it may be too early and depending upon the projects announced, we will have evaluate," cited Pani.

The property consultancy firms have projected the infrastructure investment in tier-II cities to boost the affordable housing in these cities.

"The latest announcement should give a boost to affordable housing in these tier II cities especially the one that are well connected with the rail and road transportation with the employment hubs of Mumbai, Navi Mumbai and Thane," Arora told Zeebiz.

“The thrust on affordable housing is timely"