The movie is seen as highest box office collector on opening day, something which was rejoiced by Ranbi Kapoor's Sanju movie, Salman Khan's Race 3 and Tiger Shroff's Baaghi 2. 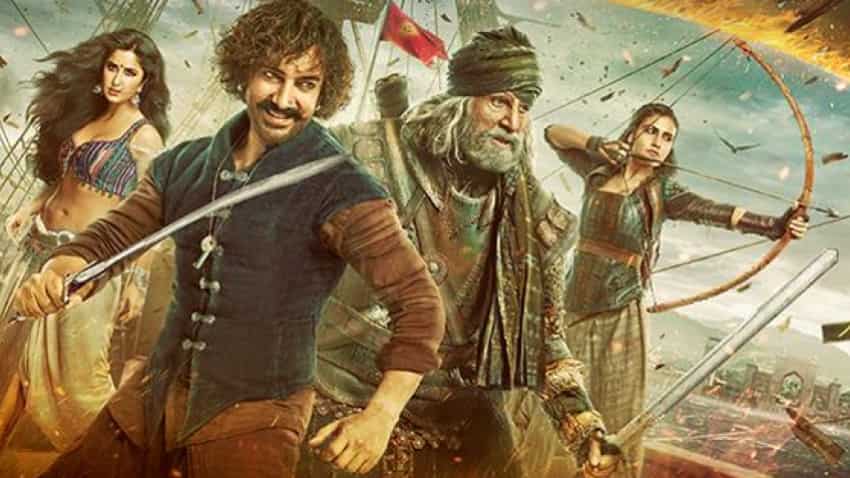 The most awaited moview for sure has become the 'Thugs of Hinduston' which includes bollywood biggies namely Aamir Khan, Amitabh Bachchan and Katrina Kaif. Thugs of Hinduston will be released tomorrow, screening on somewhat 5000 screens. This movie is also getting released, when India is on holiday mode celebrating Diwali festival. Every time, a movie released during festival occasion has bagged massive collections, and fans are already waiting to enjoy with family and friends with Thugs of Hinduston.

Well, we are all very well aware that Aamir, Khan is referred as a perfectionist when it comes to making movies in Bollywood. His success and commendable acting has been reflected in previous movies like PK, 3 idiots, Dangal, Secret Superstar  and Gajini.

Aamir Khan is one actor whose movie Dangal has become the best movie Bollywood ever created in terms of collections.

Thugs of Hindostan collection: Aamir Khan, Katrina Kaif and Amitabh Bachchan starrer is coming day after this Diwali on November 08, with epic drama and action.

This movie is set in the era of British Raj. According to the experts, it is estimated that it will be released on 4,500 screens in Hindi and 500 screens in Tamil and Telugu.

The Thugs of Hindostan ticket prices may start from Rs 400 to Rs 1,500 in the premium multiplexes and Rs 200 in single screen theaters. Amir Khan, however, earlier said in an interview that he was not aware about any surge in ticket prices.

Thugs of Hindostan is one of the most expensive films in Bollywood, which has been reportedly produced at an estimated cost of Rs 200 crore, as per Mint.

Guess what! The movie is seen as highest box office collector on opening day, something which was rejoiced by Ranbi Kapoor's Sanju movie, Salman Khan's Race 3 and Tiger Shroff's Baaghi 2. This year, it is being predicted that Thugs of Hinduston will bag massive collection despite rise in their ticket price.

According to Bollywood Hungama, Thugs of Hindostan is unarguably the biggest release of 2018 and hence expectations are mammoth. That was always going to be the case considering the film has Amitabh Bachchan, Aamir Khan and Katrina Kaif joining hands with Yash Raj Films with Vijay Krishna Acharya who has delivered an All Time Blockbuster with Dhoom 3 earlier on.

It added, "The promo set the expectations further high and though the follow through wasn’t really extraordinary (which would have almost guaranteed an All Time Blockbuster Opening), the fact still remains that the industry is assured of an excellent first day number for sure."

Hence, the review agency predicts that Thugs of Hinduston will start with Rs 40 crore as guaranteed on its opening day, though it also believes Rs 45 crore can be a desirable option. If indeed, the movie bags Rs 50 crore, then it would be out of the world and a record for sure.

If Thugs of Hinduston surpasses Rs 40 crore level in opening day, then surely the movie is set to break records in India.

With this, Dangal surpassed even Baahubali 2: The Conclusion which is the most expensive movie in India, however, had recorded Rs 1796.36 crore collection worldwide.