This Aamir Khan movie is expected to script an enormous record on its release day. The expectations are gigantic due to the casting of stars and banner that is known for churning out money-spinner films. 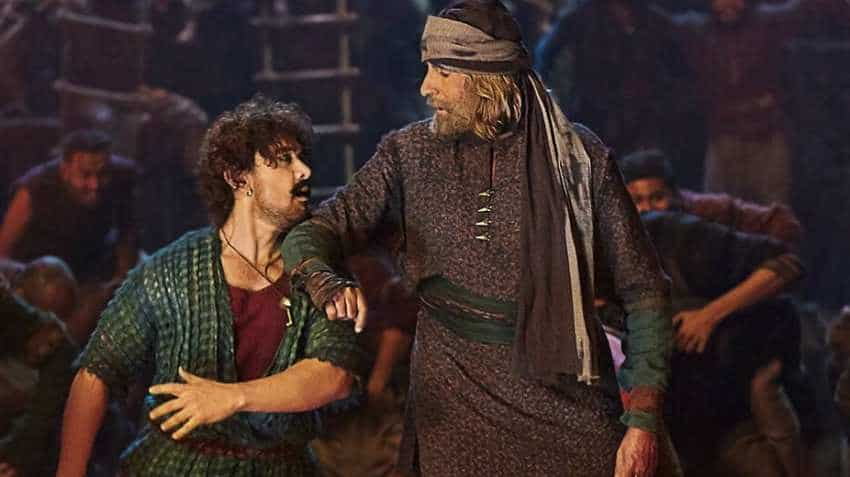 The Thugs of Hindostan promos have increased expectations from the film. Image source: www.yashrajfilms.com

Thugs of Hindostan box office collection opening day: This Aamir Khan movie is expected to script an enormous record on its release day. The expectations are gigantic due to the casting of stars and banner that is known for churning out money-spinner films. A blockbuster generated by Vijay Krishna Acharya was Dhoom 3 and again this trio consisting of Vijay, Aamir and Katrina, have came up with Thugs of Hindostan and added Amitabh Bachchan to the cast for good measure.The Thugs of Hindostan promos have increased expectations from the film.

However, much to the surprise of many, some of the Thugs of Hindostan reviews have not been very charitable. In fact, some have panned the movie in shocking terms. Others have just given it a two-and-a-half stars. Some have given a bit better than that. In this scenario, Thugs of Hndostan collection, which was expected to breach the Rs 50 crore mark, may well get much less than that record-breaking amount.

Well, the movie will have to make unheard amounts of money! Why? Because it has been made on a mega-budget of Rs 200 cr plus! The superstar cast itself would have cost a packet! So, while Rs 50 cr is plausible on day 1, Rs 40 crore is virtually guaranteed, barring mishaps.

Thugs of Hindostan film has managed to showcase some extraordinary stunts in its promo, which is likely to power it at the BO from the day of its release. Also, Aamir, Amitabh and Katrina have a massive fan base that would be rushing to see their actors in a new avatar.

Film is based on a struggle for freedom in a battle against British East India Company and the performances by the lead actors themselves may become a strong reason that make it a blockbuster.