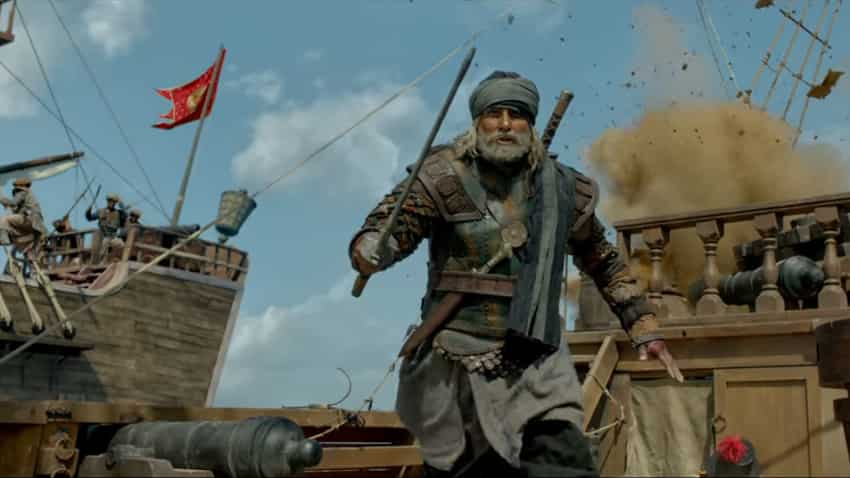 Thugs of Hindostan box office collection day 2: The good times have just started rolling for Aamir Khan, Amitabh Bachchan and Katrina Kaif! The trio raked in the moolah on day 1 in India and it was clocked at an unimaginable Rs 52.25 cr, thereby setting a new Bollywood and pan-India record. ToH collection has beaten every record there was in the book to give the crown of King Khan to Aamir.

But how exactly is Thugs of Hindostan collection doing in foreign lands. Is its progress as dominating abroad as it has so far been in India despite the fact that movie critics have not been very charitable to the movie?

Well, Aamir Khan, Amitabh Bachchan and Katrina Kaif fans do not really have to worry on this score. It has been revealed that ToH collection in foreign shores has been good enough, but not excellent.

Thugs of Hindostan collection on day 2 abroad, according to Bollywood Hungama was Rs 46.59 lakh at the Australian box office. ToH raked in another Rs 27.75 lakh at the New Zealand box office.

After Thugs of Hindostan collection hit a massive Rs 52.25 cr on day 1, Taran Adarsh took to Twitter to post this comment, "H-I-S-T-O-R-I-C *Day 1 biz* was expected, but the real test for #ThugsOfHindostan begins from *today onwards*... Will have to maintain the pace over the weekend [Fri to Sun] and *also on weekdays* to put up a MASSIVE TOTAL... Wait and watch situation right now!"