Three forecasters, three monsoon predictions: Who will be right?

Why forecasters have different dates for the monsoon? 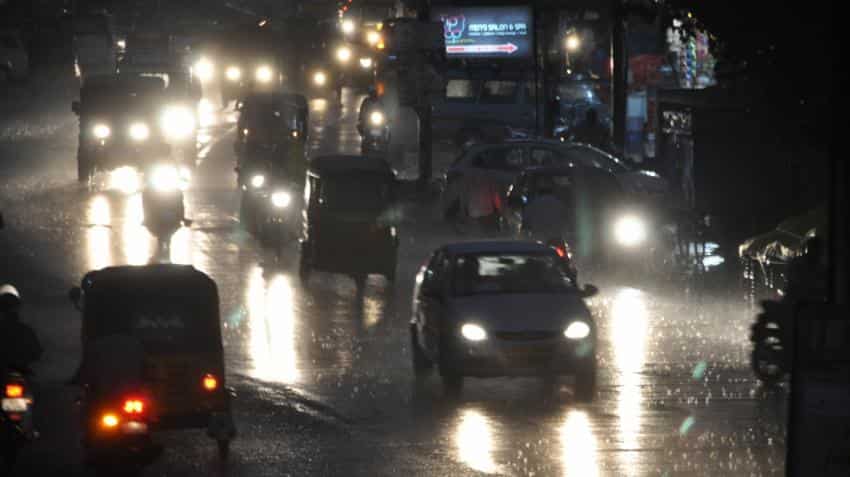 Get ready for the best monsoon since 1994

Monsoon in Kerala is "slightly delayed" and likely to set in by June 6 and "normal to excess rainfall" is expected over most parts of the country from July till September, said private weather forecaster WRMS.

Wait...But what about IMD and Skymet predictions?

Why forecasters have different dates for the monsoon? This is what they had said:

on May 15, India Meteorological Department had said that the onset of monsoon may get delayed by about a week. The southwest monsoon winds may hit Kerala on June 6 instead of the earlier estimation June 1.

According to Press Information Bureau, IMD has been issuing operational forecasts for the date of monsoon onset over Kerala, since 2005. The prediction has been proved correct except in 2015.

Two days before IMD, on May 13, Skymet, private forecasting agency, had said that the monsoon will hit Kerala between May 28 and 30, two-three days before its normal onset date of June 1.

"It is likely to reach Kerala between May 28 and May 30. Thereafter, it will cover other parts of the country. Present weather conditions are indicating a promising beginning of Monsoon 2016 which is likely to usher in with a bang," Skymet said.

"The onset of monsoon in Kerala is expected to be slightly delayed and is likely to take place around June 6 to June 7 as a weak current," said Kanti Prasad, senior consultant, climate sciences, WRMS Pvt Ltd. "Though slightly delayed, its advancement will be good," Prasad said.

"Monsoon rains are expected to commence over north eastern states around June 10 and advance further westward across West Bengal, Bihar, East UP and Himalayan belt between June 16 and June 20. Our analysis of the model shows that monsoon 2016 may end up on the positive side of the normal with well distributed rainfall over the country," said Prasad.

Get ready for the best monsoon since 1994