The locust swarms threatening crops in many states amid the coronavirus crisis have now reached the doors of the national capital. 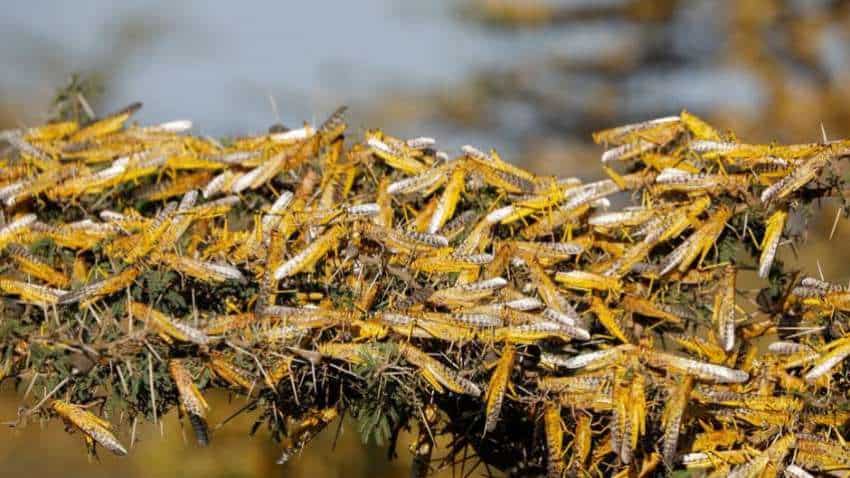 The locust swarms threatening crops in many states amid the coronavirus crisis have now reached the doors of the national capital. The locusts swarming areas in Haryana, bordering Delhi, could overrun the capital city any time, an official said on Saturday.

Dr K L Gurjar , Deputy Director, Directorate of Vegetation Conservation, Quarantine and Collection, told IANS that the locusts had reached Haryana for the first time on Friday night and there was an outbreak in areas around Delhi.

He pointed out that the locust swarms are moving towards Palwal in Haryana and could move towards Delhi since they travel in the direction of the wind. Locust swarms can be seen in Gurugram and Rewari in Haryana.

The locust swarms are widespread in Rajasthan and Madhya Pradesh at this time, while smaller swarms have reached Rohtas in Bihar and Varanasi and Jaunpur in Uttar Pradesh.

According to a Union Agriculture ministry report 84 districts of Rajasthan, Punjab, Gujarat, Uttar Pradesh, Maharashtra, Madhya Pradesh and Chhattisgarh, spread over an area of 114,026 hectares, have been in the grip of locusts till June 21, 2020.