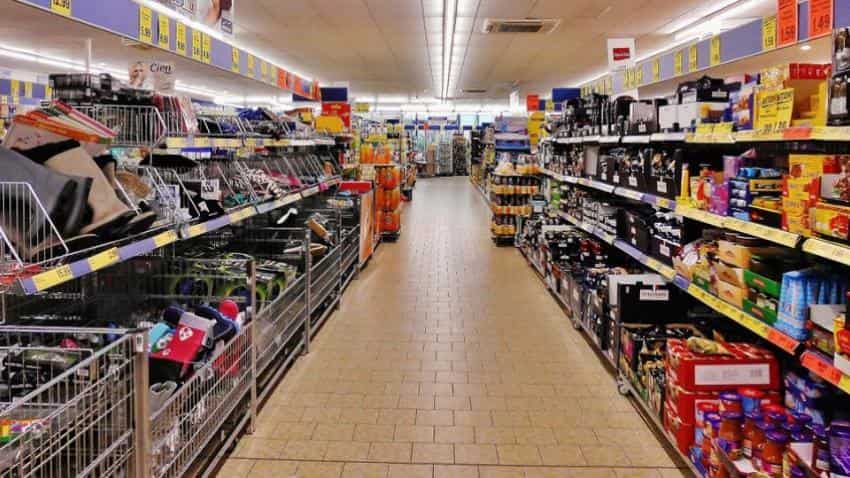 Avenue Supermarts share price is up a whopping 393 per cent from its issue price of Rs 299 to Rs 1472.90 in Wednesday's trade. Image source: Pixabay
Written By: Aprajita Sharma
RELATED NEWS

Amid plethora of listed companies on the bourses, catching hold of a multibagger is a tough task. Multibaggers often come into limelight after it is too late to jump on the bus. However, one stock on Dalal Street is showing early signs of turning into a multibagger. The stock of this Radhakishan Damani-owned company has already rallied nearly 400 per cent in just over a year since its debut on Dalal Street, and it still holds potential to surge another 200 per cent in the next three to four years, say analysts. The stock is none other than Avenue Supermarts, which owns and operates India’s most profitable supermarket, D-Mart. On Wednesday, the stock hit a fresh lifetime high, crossing Rs 1500 in intraday trade.

Avenue Supermarts share price is up a whopping 393 per cent from its issue price of Rs 299 to Rs 1472.90 in Wednesday's trade. Avenue Supermarts had listed on the BSE and NSE on March 21, 2017. Since then, investors in the company are richer by Rs 7,3000-odd crore i.e. the market value of D-mart has risen a massive Rs 73,221 crore to Rs 91,921 crore from just Rs 18,700 crore at the launch of its IPO. With this, Avenue Supermart has become the 35th most valuable company on Dalal Street. The company's market capitalisation has surpassed the market value of top 15 Nifty companies put together. The company has also pipped the likes of Bajaj Auto, Titan and Hero MotoCorp in terms of market cap.

In terms of stock price, despite a strong rally and steep valuations, experts still expect more upside on the stock. TS Harihar, Chief Executive at HRBV Client Solutions believes D-Mart is a long-term multibagger and can easily return up to 150-200 per cent in the next three-four years.

“I have been saying for some time that D-Mart is a long-term multibagger. This is just the beginning. Investors looking to dip into it should not wait for correction. A phased investment approach could be adopted wherein if an investor has Rs 5 lakh to invest, Rs 1 lakh can be invested now, and another lakh after a correction,” Harihar told to Zee Business.

At current levels, the company's 12-month trailing price-to-earnings (PE) ratio works out to be a whopping 194.22x, while JM Financial estimated its one-year forward PE at 78x.

Brokerage JM Financial initiated coverage on the stock last week with a buy rating and Rs 1,675 target price, an upside of 28 per cent, 14 per cent of which has already been achieved. Geojit Financial Services sees the stock rising to Rs 1,590 in next 12 months.

Analysts at JM Financial have an unusual way to justify D'Mart valuations, citing the example of Titan, which has had multiple debates on the valuations at several points in time, JM Financial pointed out that D'Mart may also witnesses the similar move. Titan delivered a return of 25 per cent per annum to investors in the past 10-11years, despite it quoting at a PE that was 2x then historical average. Had Titan been bought in October 2007, when valuations were considered 'obscene', even at 100x forward PE, the stock would still have delivered a return of 15-16 per cent CAGR between then and now, noted JM Financial in a report dated April 2, 2018.

The brokerage sees a similar growth trajectory panning out for D'Mart which appears well-poised to deliver 25 per cent earnings CAGR over the next 10 years (FY18-28E).