This state's IIP jumps 259 pct in 7 years, exports out of sync 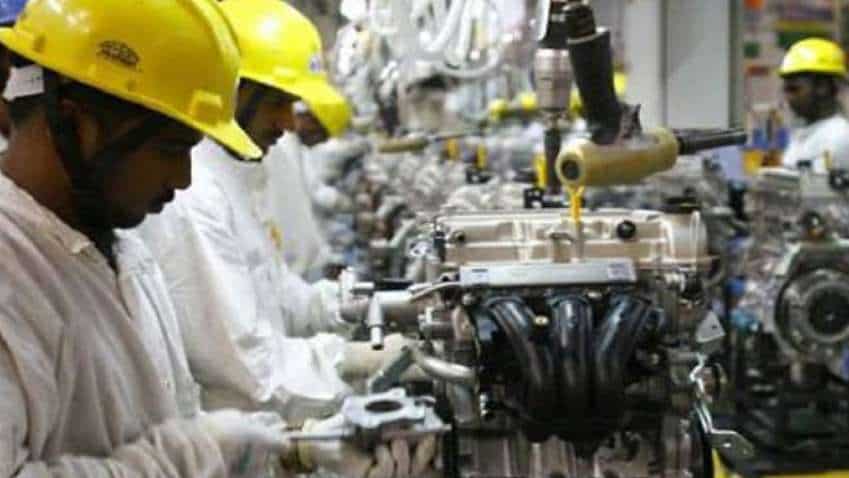 The state is also working on improving the infrastructure for exporters at the district level. Image source: PTI
Written By: PTI
RELATED NEWS

West Bengal's index of industrial production (IIP) has jumped 259 per cent in the last seven years to 7.9 per cent in 2017-18, as against 2.2 per cent in 2011-12, the government has claimed. However, the growth in exports from the state failed to keep pace with industrial production expansion. The government has released a report 7 years' chronicles of Bengal's progress to highlight the achievements of the state under the Trinamool Congress, which came to power in May, 2011.

However, it did not spell out details of absolute industrial production numbers. The report also said that the annual export value from Bengal grew from USD 7.11 billion to USD 8.25 billion in FY'17, registering a 16 per cent growth. Nonetheless, state Finance Minister Amit Mitra recently said that a strategy roadmap has been drawn to double the exports over the next three years.

The state is also working on improving the infrastructure for exporters at the district level. Mitra had said the West Bengal Industrial Development Corporation will work with the micro, small and medium enterprises (MSME) to set up export facilitation centres at district headquarters. He affirmed that the key areas for exports from the state were steel, foundry, marine, garments and leather.

The state's progress report also said that investment towards growth of industrial infrastructure has jumped to Rs 989 crore in 2017 compared to Rs 243 crore in 2011. In seven years, the a total of Rs 3,602.53 crore was invested by the state. The report further claimed to have received investment proposals worth Rs 9,48,568.77 crore in the four years of Bengal Global Business Summit between 2015 and 2018.