This state-owned bank is set to rise by around 39%: Here's how

Experts believe the bank is on improvement path going forward and that is why a buy rating has been set with returns of nearly 39% in kitty ahead. 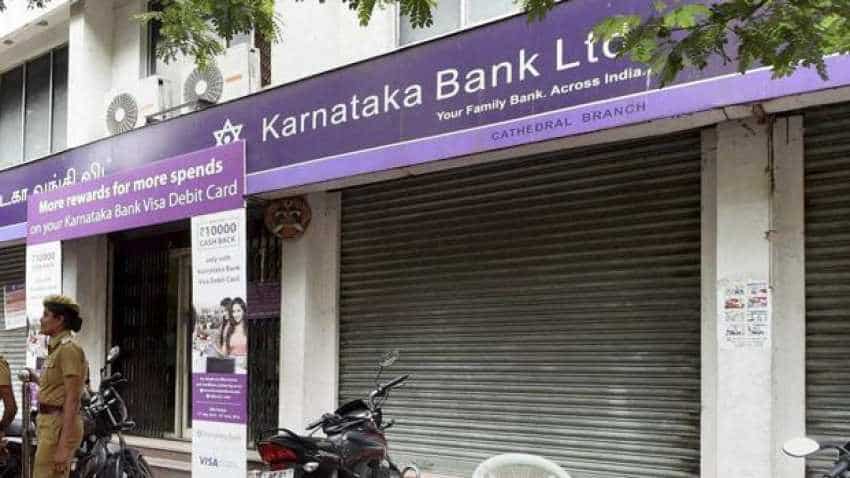 State-owned lender Karnataka Bank is currently witnessing selling pressure from investors. While most people would follow the route, big bull Rakesh Jhujhunwala once said, "Always go against tide. Buy when others are selling and sell when others are buying.” Even though money is being pulled out from Karnataka Bank currently, it does not guarantee its business performance, which as per experts is improving and that a buy rating has been set with returns of nearly 39% going ahead. On Friday, Karnataka Bank was trading at Rs 110.25 per piece down by 1.17% on Sensex at around 1518 hours. The bank has already touched an intraday high and low of Rs 112.25 per piece and Rs 109.45 per piece, respectively.

Talking about Karnataka Bank, Shivaji Thapliyal and Raghav Garg, Research Analysts at Nirmal Bang said, “Share of retail loans is expected to rise going forward since retail lending processes, which have been overhauled, will have a system-wide implementation.” The duo highlights that management explained that material upward re-pricing of loans still lies ahead since 67% of performing advances are MCLR-linked, of which 77% are linked to 1-year MCLR.

On its Q4FY19, analysts at Nirmal Bang said, “Restructured and related accounts, which are not NPA, had a balance of Rs 10.37bn as of FY17 and this has since declined to Rs 2.98bn as of FY19. Of this, MSME contributes Rs 1.18bn and Agri contributes Rs 0.6bn, pointing to granularity of net restructured book. Furthermore, SMA2 balance, which stood at Rs 15.89bn as of 3QFY17 and Rs 3.34bn of 3QFY19, stood at just Rs 1.68bn as of FY19. NBFC portfolio, whose proportion looks optically large at 15.22% of advances, has 98.2% proportion rated A or higher. Provision on IL&FS exposure, which is 28 bps of loan book, now stands at 54%. Exposure to other recently stressed corporate accounts is not outsized with exposure to DHFL being 41 bps, Reliance ADA being 31 bps and Jet Airways and Essel Group both being nil. PCR for the bank stood at 58% with management guiding for 60% by FY20-end. Management also guided that slippage ratio for FY20 would be contained within 2-2.5% whereas credit costs would be <100 bps.”

On staff cost, these analysts mentioned that it has jumped 43.5% YoY due to provisions made due to wage revision and such rapid increase in staff cost is not likely to repeat.

From the current market price, Karnataka Bank shares are expected to rise by nearly 39% ahead.