This Rakesh Jhunjhunwala stock pick doubled investor wealth in just a year; should you buy?

Rakesh Jhunjhunwala is known for picking multibagger stocks on a regular basis. Among 30-odd stocks where Jhunjhunwala owns over 1 per cent stake, one stock has just received a buy recommendation by an institutional brokerage. 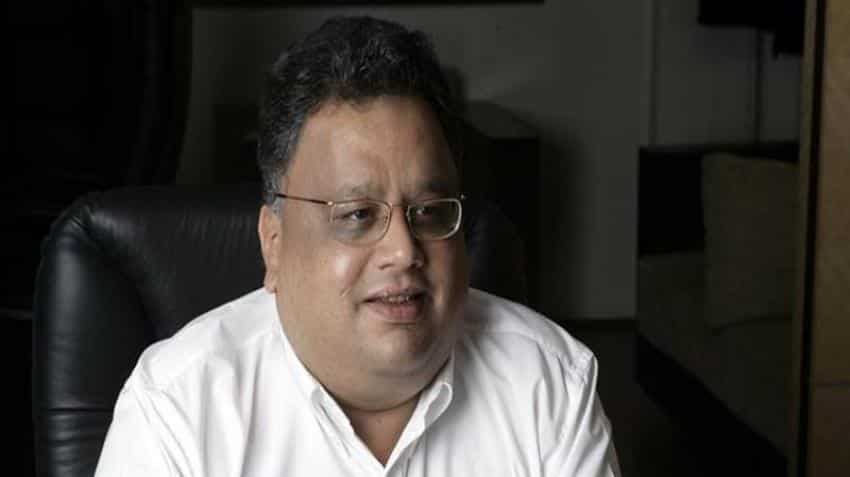 Rakesh Jhunjhunwala portfolio: This ace Investor is known for picking multibagger stocks on a regular basis. Among 30-odd stocks where Jhunjhunwala owns over 1 per cent stake, one stock has just received a buy recommendation by an institutional brokerage. The stock is a steel producer that has doubled investor wealth in just a year, rising 128 per cent. The stock surged as much as 444 per cent in the past five years. By comparison Sensex gaained just 86 per cent during the same period. The stock is Prakash Industries, where Rakesh Jhunjhunwala held 1.07 per cent stake as of December 2017, latest data available with BSE showed. Brokerage ULJK Group initiated coverage on the stock with a buy rating and sees 33 per cent upside from the current levels to Rs 272.

Prakash Industries may be a Rakesh Jhunjhunwala pick, but that is not what may have swayed ULJK Group. It said, "our target price of Rs 272/325 is based on 7.3x FY19/20e EV/EBITDA on back of full utilization of steel capacity, strong steel prices in domestic market and uninterrupted supply of Iron Ore from Odisha." ULJK report is dated April 10, 2018. Being a low cost and fully integrated steel manufacturer with operations focused only on domestic market makes Prakash Industries an ideal stock in midcap metal space, believes ULJK Group.

Prakash Industries stands out among its peer with 0.32 times debt to equity while its competitors are struggling with highly leveraged balance sheet and NCLT proceedings. According to ULJK Group, approximately Rs 16 crore debt which is approximately 22 per cent of FY17 total debt was repaid in nine months of FY18.

Company’s debt has reduced further by Rs 42 crore on account of conversion of the $6.5-million 5.95 per cent January 2023 FCCBs into equity shares out of the total $24.30 million FCCBs issued," the report added.

Rising steel prices have helped Prakash Industries to post excellent results in recent quarters. In nine months to FY18, the topline has gone up by 22 per cent to Rs 2096 crore as against INR 2415 crore for full year 2017, that is, Prakash Industries has already achieved 87 per cent of 2017 revenue with one quarter to spare. Similarly bottom line in nine-months to FY18 was at Rs 2,30 crore as against Rs 81 crore for FY17, an increase of 186 per cent over full year 2017 PAT.

Established in 1980, Prakash Industries is a low cost steel producer having an integrated steel plant at Champa, Chhattisgarh. The sponge iron kilns installed at Champa work on latest SL/RN technology developed by German company Lurgi. SL/RN is the only renowned technology in coal based Sponge Iron manufacturing.