Headquartered in Mumbai, VIP Industries is in the business of plastic moulded suitcases, handbags, briefcases, vanity cases and luggage. It had acquired UK luggage brand Carlton in 2004. The company offers its products primarily under the VIP, Carlton, Footloose, Alfa, Aristocrat, Skybags, and Buddy brands. 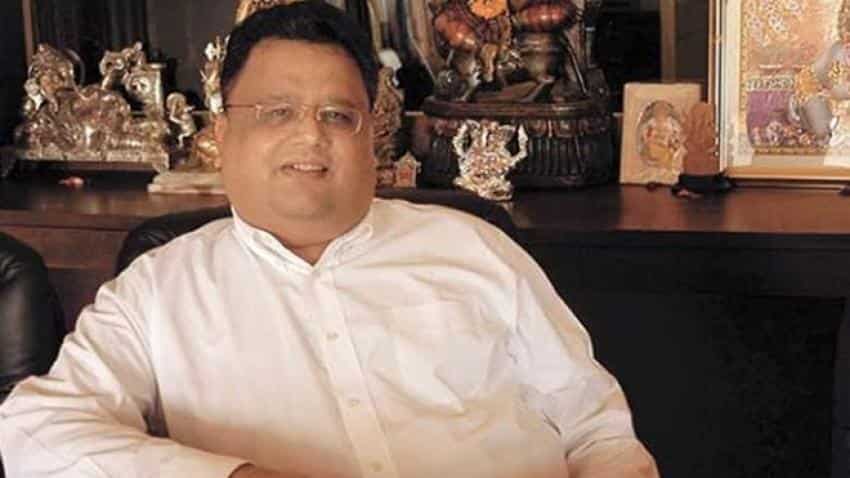 Kotak has a buy rating on the stock with a target price of Rs 415 at 33x FY20E. Image source: Reuters

Big bull Rakesh Jhunjhunwala owns 3.69 per cent stake in a luggage maker that is counted among big beneficiaries of lifestyle changes in India. This high-growth stock has delivered over 100 per cent return in last one year and a whopping 347 per cent in three. With no debt on its balance sheet and a strong presence in the organised luggage market, the company is expected to drive penetration in the branded luggage industry, which is tilt in demand for organised players post the introduction of Goods and Services Tax (GST) last year.

This Rakesh Jhunjhunwala-favoured company is VIP Industries, whose two-largest shareholders include D G P Securities (25.89 per cent) and Vibhuti Investments (15.47 per cent). Analysts believe, the stock can extend its recent gains by up to 27 per cent from the prevailing levels in the next 12-months, even as there remains concerns over its expensive valuations. On Tuesday, the stock settled at Rs 329.80 -- 54.26 times its trailing PE multiples. This is much higher than the industry average of 18.7 times. But analysts see potential upside on the counter up to Rs 417 level and significantly, the management sees double digit growth in FY19.

Headquartered in Mumbai, VIP Industries is in the business of plastic moulded suitcases, handbags, briefcases, vanity cases and luggage. It had acquired UK luggage brand Carlton in 2004. The company offers its products primarily under the VIP, Carlton, Footloose, Alfa, Aristocrat, Skybags, and Buddy brands.

In the December quarter, VIP Industries reported a 68.48 per cent rise in its consolidated net profit at Rs 26.89 crore, while consolidated revenues for the quarter, adjusting for excise in Q3FY17, grew by 12.1 per cent y-o-y to Rs 338 crore.

Strong quarterly performance of VIP industries indicate increasing luggage penetration in the country, preference of customers for branded luggage and sustained efforts by the company to improve its performance," said Kotak Securities in a brokerage report.

The brokerage estimates the luggage maker to be a major beneficiary of increasing penetration of luggage bags and back-packs in the country, improving living standards leading to increased air and rail travel and also the desire for travellers to have branded luggage.

It expects the company's revenues and earnings to grow at a compound annual growth rate (CAGR) of 17 per cent, and 28 per cent, respectively over FY17 to FY20E with improvement in operating margins and return ratios.

Brokerage Edelweiss Securities also has a 'buy' recommendation with a revised target price of Rs 417.

"We raise FY18E EPS by 6 per cent and maintain 35x multiple even as we roll over to FY20E (historic high band) on strong tailwinds of uptick in discretionary spending, ~50% share in under-penetrated (~30%) luggage market, and focus shifting to manufacturing from trading, further fortified in GST era with shift towards organised players and rate rationalised to 18 per cent from 28% per cent," the brokerage added.