This may end your discounts as bad days coming for Amazon, Flipkart

The new draft e-commerce policy, which is yet to be opened for public discussion, has raised key issues such as disallowing foreign players to sell directly in India, additional voting rights for promoters of Indian businesses and data security/ localisation. 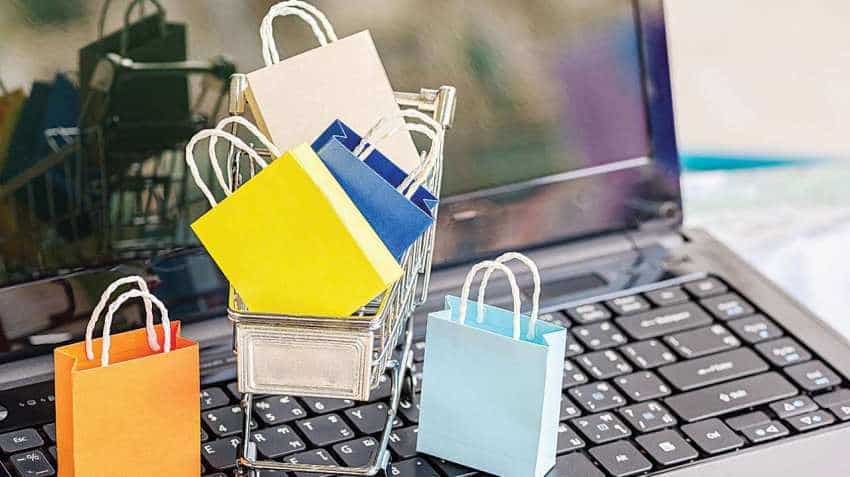 The new draft e-commerce policy, which is yet to be opened for public discussion, has raised key issues such as disallowing foreign players to sell directly in India. Image source: DNA
Written By: Ashish K Tiwari
RELATED NEWS

The new draft e-commerce policy, which is yet to be opened for public discussion, has raised key issues such as disallowing foreign players to sell directly in India, additional voting rights for promoters of Indian businesses and data security/ localisation.

As the new version of the draft policy is on its way to be thrown open for public discussion in a month, industry experts believe that the policy aims to create a highly protectionist regime, making it difficult for global players to do business in the domestic market.

While players like Amazon and Walmart-owned Flipkart are unwilling to openly discuss the impact, industry experts are of the view that the draft policy, if implemented, is not in the best interest of foreign players that have already made significant investments in the country.

The most cleverly worded clause in the draft policy is that it disallows global e-commerce companies from selling products directly on their website in India by carrying inventory. This basically means that they can sell on e-marketplaces but cannot carry inventory, unless the product is made in India.

K Vaitheeswaran, e-commerce pioneer and author of Failing to Succeed, calls the clause "strange". According to him, the rule of inventory or marketplace has nothing to do with companies in India or outside. "Either you allow or don't, it can't be a hanging decision," he says.

The purpose behind putting this clause, industry experts say, seems to benefit certain players operating in the market. So local companies can carry inventory but a player like Amazon cannot, which could impact the global online retail giant's customer experience in the country, feel experts.

"It raises a question as to who is really writing this policy and who is exactly the beneficiary. There certainly is some external influence playing out here," said a top executive requesting not to be identified.

The second point is about giving founders of Indian companies, additional voting rights on shares, akin to what's applicable across the globe including in China and the US – it wasn't there in the earlier policy. The policy is essentially trying to ensure that companies like Uber, Amazon, companies with international capital, private equity-backed firms are unable to buyout Indian companies.

Another aspect about preventing deep discounting of products sold on e-marketplaces appear illogical too. A physical store may have a few lakh products on offer but an online store will have over 10 million products. It's unclear how will price monitoring on all the products being sold online will happen.

"They don't have a clue what they are talking about. Some of the suggestions made in the new draft policy are impractical and some are very cleverly placed to benefit certain players. I guess that's why foreign players are protesting against it. On the one hand, the government is opening the left arm and welcoming foreign investment and on the right-hand, it's doing things like these. What exactly are they trying to do," said an e-commerce industry executive, adding that more issues will come up when the draft policy is opened for public discussion sometime next month.

The point about data security/ localisation, which also wasn't in the earlier policy, requires e-commerce sites to ensure customer data is maintained inside India and not in some foreign location. While the intent is good it's not practical, said experts.

Foreign companies typically have a global repository of servers in two or three locations because it makes business sense for them there. Putting servers in every country will not only be impractical but unviable for their business, experts said.

"I think the intent will trump practicality and at some stage, they will say that you are making our life miserable when it comes to doing business in India. While some parts are good, one cannot get carried away and make things difficult for global giants to operate in India. If no foreign company ever came to India, our best car would still have been an Ambassador. E-commerce is supposed to be a cross-border business. The fundamental of the internet, as they say, is that geography is history. In such a market situation imposing impractical rules doesn't make sense," said Vaitheeswaran.

On the foreign direct investment (FDI) aspect of the new e-commerce policy by the Department of Industrial Policy and Promotion (DIPP), Kumar Rajagopalan, chief executive officer, Retailers Association of India (RAI), said, "We believe that the policy for regulating marketplaces issued via Press Note 3, by the then commerce minister and secretary of DIPP Amitabh Kant was well-drafted and only needed implementation to ensure level-playing field. Retail is about multi-channel and the laws that apply to one channel should be the same for the other channels. Business to consumer (B2C) is retail, irrespective of the channel — online, offline, direct selling or TV — it is conducted on," he said in a statement.

Interestingly, the Press Note 3 was created on the basis of an RAI submission, claims the association. What's surprising though is that RAI was not invited to deliberate on the new draft e-commerce policy. "The reasons for which are not available to us. The government needs to ensure adherence to existing regulations rather than keep tinkering with the policy unless it intends to further divide retail by channels and compound the confusion in the FDI policy for retail in the country," said Rajagopalan.

The timing for this new draft e-commerce policy is being questioned as India is set to get into election mode six months from now. "While a lot of things are being deliberated through the new draft policy, nothing will come out of it. I think it will require a wider consultation as it's controversial in certain aspects. If the same government comes back to power, it's likely that they may adopt most of what's being put out in the draft policy. Else, the entire policy will have to be revisited," said a top executive from one of the e-marketplaces, adding that the new draft is basically trying to implement 50-60% of what was outlined in the old policy.