This is what pushed July retail inflation down to 4.17 pct

Analysts polled by Reuters had forecast July`s annual increase in the consumer price index at 4.51 percent, compared with June's 5.00 percent. 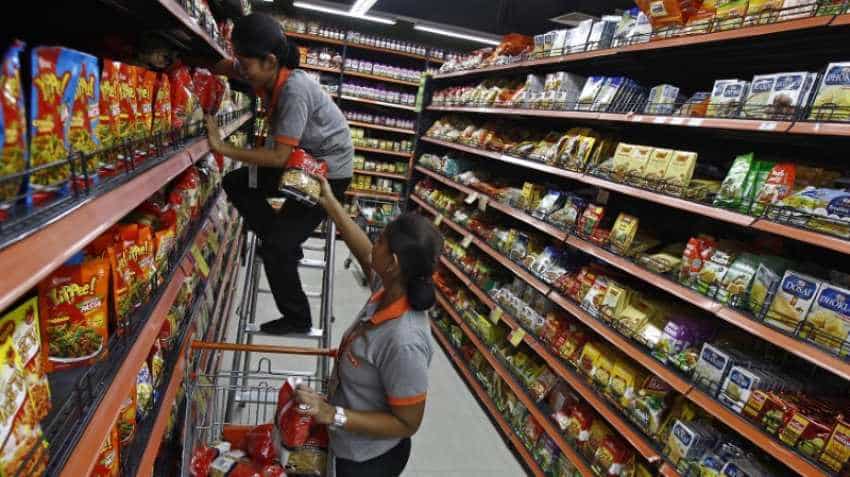 Analysts polled by Reuters had forecast July`s annual increase in the consumer price index at 4.51 percent, compared with June's 5.00 percent.

According to the CSO data, inflation in vegetables declined by (-) 2.19 per cent last month, compared to 7.8 per cent in June, while the rate of price rise in fruits slowed down 6.98 per cent, as against over 10 per cent in the previous month.

As per the data, the inflation in protein rich items like meat and fish, and also milk was also slower in July compared to the previous month.

Inflation in the 'fuel and light' segment based on the changes in the CPI increased to 7.96 per cent from 7.14 in the previous month, said PTI report.

The prices for the data are collected from selected towns by the Field Operations Division of NSSO and from selected villages by the Department of Posts. Price data are received through web portals, maintained by the National Informatics Centre.

Aditi Nayar, Principal Economist, ICRA LTD, Gurugram
"Surprises from fruit, vegetables, clothing and footwear, and pan, tobacco and intoxicants contributed to a substantial correction in the headline CPI inflation in July 2018." "If the recent depreciation of the INR sustains, it may modestly feed into the CPI inflation over the near term. Crude oil prices continue to display a volatile trend, driven by geopolitical risks and concerns regarding supply as well as demand in various parts of the world."

"The CPI inflation in Q2 FY2019 looks set to lag the MPC`s estimate of 4.6 percent, reducing the likelihood of a rate hike in the October 2018 policy review."

Rupa Rege Nitsure, Chief Economist, L&T Finance Holding, MUMBAI
"As per our expectations, headline CPI has significantly slowed to 4.17 percent, helped by a favourable statistical base for food articles, plus housing and some consumables. However, elevated fuel prices have capped the decline. Core inflation continues to stay sticky around 6.28 percent. Support of favourable statistical base will continue until end December."

"Going by today`s print, I expect the RBI to take a pause until December at least. However, INR depreciation remains a major risk to inflation besides the sticky core inflation."

Tushar Arora, senior economist, HDFC BANK, New Delhi
"The comforting part is that the rise in food prices has been lower than the historical trend in the summer months. The worrisome part is that core inflation continues to be high. RBI is taking a long-term perspective... But the long-term risks are still very much there. Thus, another rate hike is still on the table in my view."