This is latest Narendra Modi 'gift' for youth from poor families; Amit Shah says it will open door to a 'golden future'

Quota for upper caste poor: Parties across the board Tuesday extended their support to the government's move to provide 10 per cent reservation in education and government jobs to economically weaker sections, but the Opposition termed it "election stunt" ahead of the Lok Sabha polls. 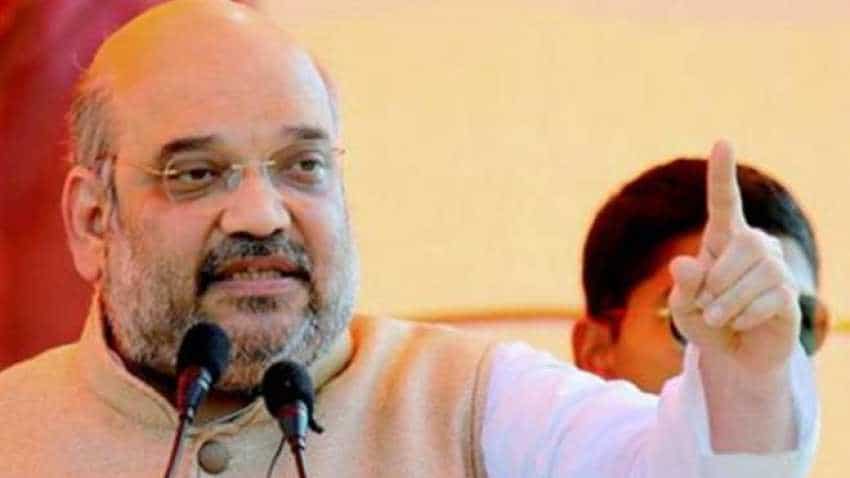 Quota for upper caste poor: The Congress said it supported the bill, but doubted the government's intentions. It said the move was merely a "poll gimmick". Image source: PTI

Quota for upper caste poor: Parties across the board Tuesday extended their support to the government's move to provide 10 per cent reservation in education and government jobs to economically weaker sections, but the Opposition termed it "election stunt" ahead of the Lok Sabha polls.

The Congress said it supported the bill, but doubted the government's intentions. It said the move was merely a "poll gimmick" aimed at political gains in the upcoming elections. Various parties, including the BSP, SP, TDP and DMK, also called it the BJP's poll stunt, but welcomed the move.

The cabinet had on Monday cleared the quota for economically weaker sections. The move comes as the upper castes, a staunch support base of the BJP, have shown signs of drifting away from the ruling party ahead of the Lok Sabha polls, likely to be held in April-May this year.

BJP president Amit Shah described the bill as a "gift" by the Narendra Modi government to the youth from poor families, saying it will open the door for their 'golden future'. Taking on the opposition over the issue, he said it was a lesson for other political parties who had been doing appeasement politics for years.'

Congress chief spokesperson Randeep Surjewala said his party supported the bill, but no jobs were being created. The truth is that after four years and eight months, the Modi government has "suddenly woken up" to the woes of economically poor as it "faces imminent defeat" in the 2019 elections.

"Modi ji, the Congress will support reservation for the poor. But, who and how will people get the benefit of reservation in jobs when no jobs are being created?" he said on Twitter.  Congress MP Deepender Singh Hooda said the intention of the government was doubtful since it was bringing the bill in the final months of its tenure.

BSP chief Mayawati described it an "election stunt and political gimmick" ahead of the Lok Sabha polls. She, however, welcomed the "immature" move by the government. "BSP's demand to provide reservation to the economically backward sections in general category is approved by the Cabinet in an immature way and without preparation. Our party, however, welcomes the decision though it appears to be an election stunt and political gimmick of the BJP ahead of Lok Sabha polls," she said in a statement.

"It would have been better had the BJP taken the decision much earlier...The government is now on its way out," she claimed. Andhra Pradesh Chief Minister and TDP supremo N Chandrababu Naidu said the move was taken to divert attention from the alleged Rafale scam.

''However, we support the 10 per cent reservation for the economically backward,'' he said at a public meeting at Kosigi village in Kurnool district.  ''At the same time, we seek inclusion of Valmiki community in the ST list, washermen community in the SC list and extension of reservation for Kapus under the backward castes quota,'' Naidu said, recalling that the state legislature had passed bills in this regard and sent them to the Centre for approval.

JD(S) supremo and former prime minister H D Deve Gowda also extended support to the Centre's move.  "Janata Dal (Secular) supports the 10 per cent reservation in jobs and educational institutions for economically weaker sections of the upper castes. We have always stood for, and will continue to stand for betterment of the underprivileged and weaker sections of the society," the veteran leader said in a series of tweets.

Whereas, the DMK took a different stand and said the BJP-led government at the Centre has started a "disastrous game" with backward classes and others with this move.  He said the 10 per cent quota would not stand the legal scrutiny as it has been clearly stated that "reservation should be for those who are socially and educationally backward".  AIMIM chief Asaduddin Owaisi said the move was a "fraud on the Constitution".