According to the Zee Business TV exclusive report, rise in metal stocks today is because of the Modi Government's decision to extend import duty on steel imports. 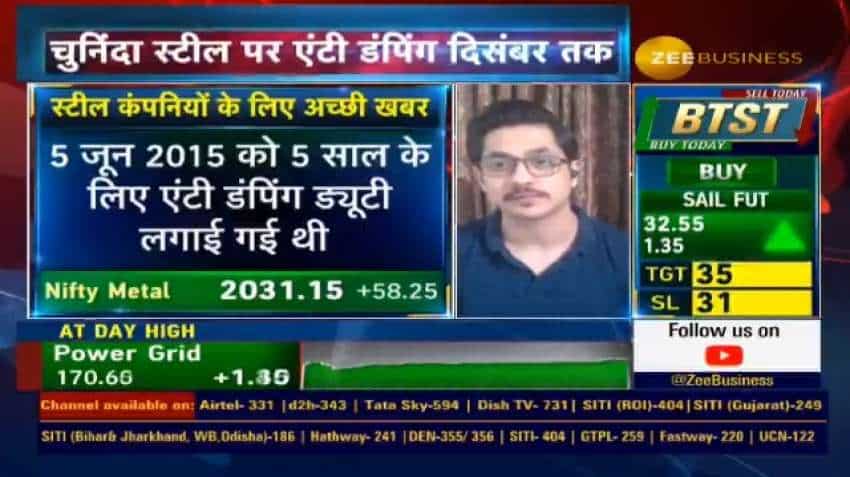 In India, cheaper imports from South Korea, China and Japan creates a big gap between the importers and domestic players.
Written By: ZeeBiz WebTeam
Edited By: Harish Dugh
RELATED NEWS

Metal stocks have been on the higher side since the Opening Bell today. According to the Zee Business TV exclusive report, this rise in metal stocks is because of the Modi Government's decision to extend import duty on steel imports. The report adds that due to the cheaper imports by South Korea, China and Japan, Indian steel companies were finding it difficult to get a level playing field in the domestic markets. To pare this gap between the imports and domestic players, the PM Narendra Modi Government had imposed duty on steel imports in 2015. The time-frame for this import duty was near expiry and hence the government decided to extend its time frame.

Speaking on the role of import duty in the Indian metal sector, Zee Business TV report said, "In India, cheaper imports from South Korea, China and Japan creates a big gap between the importers and domestic players. Due to this imports, domestic players were finding it difficult to match the cheaper steel importers. To bridge this gap and create a level playing field, the Narendra Modi Government decided to implement import duty on steel imports. This import duty period has now been extended by the government and hence majority of the metal stocks are skyrocketing today."

Elaborating upon the role of this import duty in Indian metal sector the Zee Business TV report added, "In FY19, Indian imports rose 7 per cent while Indian exports declined 28 per cent. This happened after the imposition of import duty - otherwise things would have been worse. Even in current steel merchandise, India imports 33 per cent steel from South Korea, 20 per cent from China and 14 per cent from Japan."

The report said that the import duty aims to reverse this trend and create level playing field for the domestic players who believe in quality product delivery.

ICICI Bank board to consider proposal to raise capital on Wednesday

Teenagers who stay up late at greater asthma risk