This Akshaya Tritiya, don't buy gold, buy Titan instead; stock is a multibagger

Rakesh Jhunjhunwala along with his wife Rekha Jhunjhunwala hold over 8 per cent stake in Titan, latest data available with BSE showed. Titan share price is trading at a 12-month trailing price to earnings ratio (PE ratio) of 90.84 times, and earnings per share (EPS) at Rs 10.99. 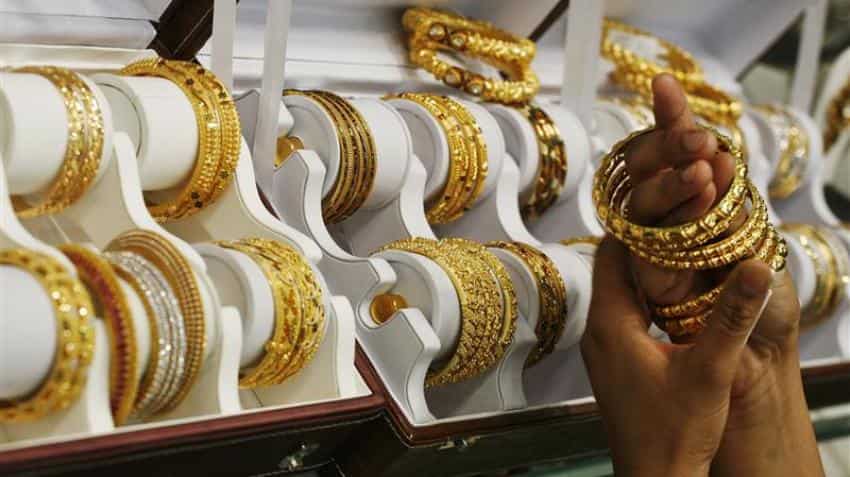 Who says only buying gold is auspicious on Akshaya Tritiya? Why not buy a gold-linked firm, and that too the one that has been a multibagger and is ace investor Rakesh Jhunjhunwala's favourite? Of course, we are talking about Titan Company, which hit another fresh high of Rs 1,006 on Wednesday in intraday trade.

The Titan stock settled 2 per cent lower at Rs 977, as investors booked profits after recent strong gains. On a year-to-date basis, the stock is up 14 per cent against 1 per cent gains on Sensex. The stock has doubled investor wealth in last one year, rallying 108 per cent on the BSE.

Titan last week announced it aims to raise jewellery revenue by 20 per cent per annum in the next five years on FY18’s base.

"Titan’s stock has delivered immense value to investors over the last several years, and its ability to compound earnings at consensus 23 per cent per annum over the past 10 years has been a key enabler in this regard. 20 per cent revenue CAGR over FY18-23E should also support margin expansion that should ideally lead to an even higher rate of growth in profit over the same period (operating leverage), which would help sustain the stock’s premium valuation, in our
view," said brokerage JM Financial in a report.

Morgan Stanley is overweight on the stock with a target price of Rs 1,050. The global brokerage forecasts 15 per cent revenue growth and 42 per cent EBIT growth for jewellery.

"Based on our estimates, Titan will report F18 revenue growth of 25%, which underscores our view on rapid market share gains for Titan's jewellery business from the unorganized jewellery segment. The watch segment is likely to report 10% revenue growth and 5x EBIT growth off a weak base. Overall, we estimate revenue, operating profit, and adjusted net profit growth of 16 per cent, 63 per cent,and 55 per cent, respectively, for Titan in March quarter (4QF18)," said Morgan Stanley in a report.

Meanwhile, gold buyers are undeterred by costlier gold on Akshaya Tritiya. The gold prices were ruling at Rs 31,155 per 10 grams yesterday and today opened at Rs 31,215 per 10 grams.