RBI said, "The Internal Advisory Committee (IAC) recommended for IBC reference all accounts with fund and non-fund based outstanding amount greater than Rs 5000 crore, with 60% or more classified as non-performing by banks as of March 31, 2016. The IAC noted that under the recommended criterion, 12 accounts totaling about 25% of the current gross NPAs of the banking system would qualify for immediate reference under IBC." 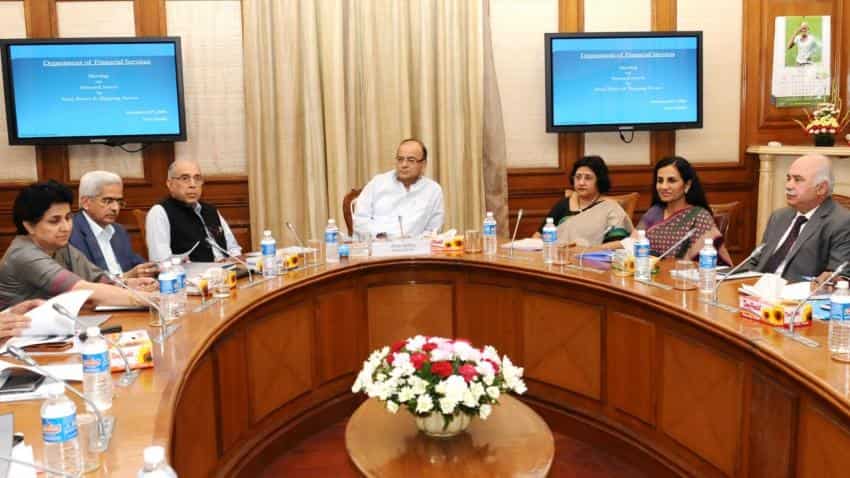 On June 13, 2017, the Reserve Bank of India (RBI) has asked banks to file 12 accounts under the Insolvency and Bankruptcy Code (IBC).

RBI said, "The Internal Advisory Committee (IAC) recommended for IBC reference all accounts with fund and non-fund based outstanding amount greater than Rs 5000 crore, with 60% or more classified as non-performing by banks as of March 31, 2016. The IAC noted that under the recommended criterion, 12 accounts totaling about 25% of the current gross NPAs of the banking system would qualify for immediate reference under IBC."

It further said that based on the recommendations of the IAC, RBI will accordingly be issuing directions to banks to file for insolvency proceedings under the IBC in respect of the identified accounts. "Such cases will be accorded priority by the National Company Law Tribunal (NCLT)," the central bank added.

Interestingly, out of these 12 companies that are now referred to the IBC, five are steel companies.

These five steel companies, at 22 million tonne, constitute 17% of India's total steel production capacity and 12% of the total output as of last year.

The US, despite being behind India in steel production, has higher steel consumption per capita, at 282.7 tonne as against India's 63 tonne, World Steel Association further said.

This is important to note as it focusses on the tremendous opportunity that steelmakers in India have been chasing, which partially led to the overleveraging that is now causing the sectors this massive trouble of unpaid bank loans.

Global steelmakers like ArcelorMittal and POSCO, who signed agreements with state governments in India is as far back as 2005-2006 are yet to begin construction of their steel plants which domestic steel players have been growing largely by acquisitions.

Together, these five companies handle 22 million tonne of steel production, or 17% of India's total steel capacity.

These five companies referred to th INBC have debt ranging from $1200 per tonne to $2000 per tonne. Banks, in order to get rid of these companies from their books, will have to offer steep haircuts. The four analysts at Credit Suisse said, "Given high debt levels ($1,200-2,000 per tonne), banks may have to take 56% haircut, to get to a more palatable EV of $700 per tonne for potential suitors. Note that JSW’s current brownfield expansion cost is pegged at just $460 per tonne. If MIP-like tariffs remain in place, we estimate these assets cansustainably generate an EBITDA of $70-100 per tonne."

What's In It For Banks?

The steel sector accounts for 20-30% of NPAs and the five companies are 50-80% of banks’ steel sector Non-Performing Assets (NPA). "A resolution in these five can thus, result in 100-200 basis points reduction in Gross NPAs. However, this will need Rs 35,000 crore of additional provisions," Credit Suisse said. Only ICICI may not need further dilution.

ALSO READ: Here's how banks can save themselves from NPA stress

The bankruptcy process may be long drawn although the IBC provides only 180 days (extendable to 270) for the creditors to agree upon a resolution plan failing which the company moves to liquidation. Historically, in large cases banks have preferred to retain existing management and restructure debt. However, with heightened focus on resolution plans and RBI's likely provisioning policies, an ownership change now appears to be more likely.

Who Stands to Gain?

Ravi Shankar, Ashish Gupta, Neelkanth Misra, Prateek Singh and Kush Shah of Credit Suisse, in a report dated June 22, 2017 said, "Tata and JSW are already operating at 90%+ utilisation levels and planning expansions. Acquisition of these capacities can raise the share of Major Four to 60% of domestic industry capacity. In the flats segment, the Major 4 could reach an oligopolistic 90%+ share."