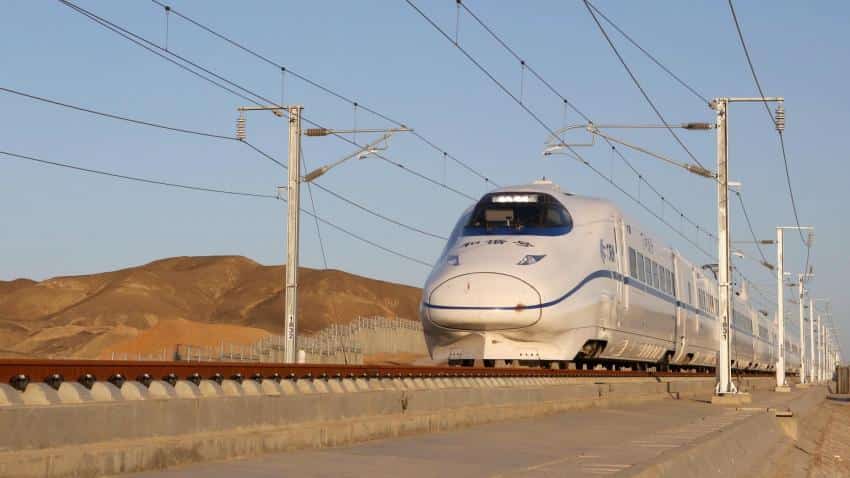 The Ministry of Railways on Wednesday announced five new rail corridors that may be converted into high speed corridors. Feasibility studies are being conducted on these routes currently.

India is listed in the list of the world’s largest rail networks. However it still does not have a high speed corridor.

High Speed Corridors allow trains to function at an operational speed of 250 Kmph or above.

These corridors may be high speed corridors after various feasibility studies and once sanctioned by the following parties.

The ministry said that the companies to undertake the feasibility study of this corridor will be a Chinese consultant - Third Railway Survey and Design Institute Group Corporation and an Indian company - Lahmeyer International. (India) Private Limited, India.

Feasibility study will be conducted between the Chinese Railway Company and cooperation between both governments.

Feasibility study by Spanish Railway Companies and cooperation between both governments.

Mumbai-Ahmedabad high speed rail project is currently the only project in India that has been sanctioned with technical and financial assistance from Government of Japan.

The feasibility study on this corridor was submitted by Japanese International Cooperation Agency (JICA).

As per the study the maximum design speed is supposed to be 350 kmph and operation speed of 320 Kmph.

The complete journey from Mumbai to Ahmedabad which now takes a minimum of six hours by train is estimated to be completed in 2.58 hours with the train stopping at each station.

In a story by PTI, Suresh Prabhu, Railway minister was quoted saying that the price of the bullet train between Mumbai-Ahmedabad is estimated to be less that air fare.

Indian railways are also looking into the feasibility of semi-high speed trains in India on nine corridors in India.