These 7 mid cap stocks are money making magnets, can make you rich

Data compiled by Prudent Broking revealed that,  Midcap index always traded at a valuation premium to Nifty index between August 2015 to April 2019. 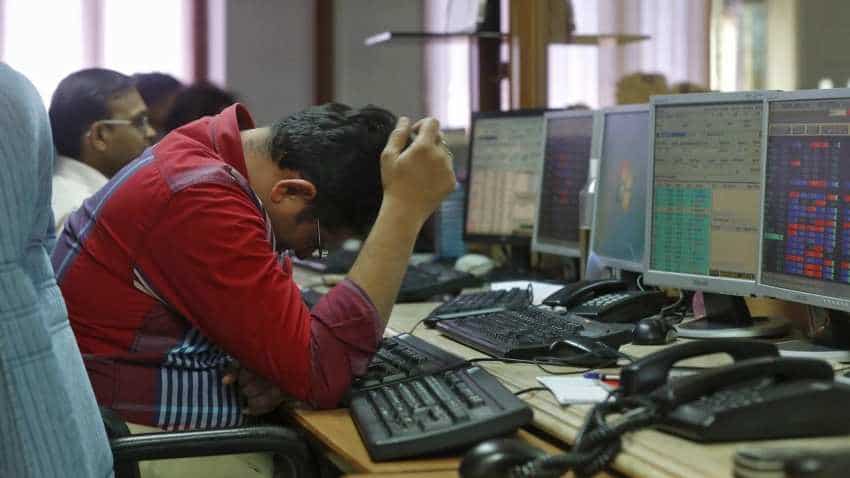 Generally, it is advised to buy a good stock at early stage before it gains heavy market valuation. This is because one gets exposure of hefty returns. That said, midcaps are preferred stocks for investment in long term. Data compiled by Prudent Broking revealed that Midcap index always traded at a valuation premium to Nifty index between August 2015 to April 2019. The average valuation premium which Midcap index commanded during the aforesaid period was 6.3x. This indicates that if  Nifty was trading at 20x price/earnings, Midcap index used to trade at 26.3x.

Experts of Prudent Broking in their research note said, "We believe the benchmark & Nifty index is trading at high valuations with Sensex PE trading at 29x which is similar to levels as seen in December 2007. The upside seems to be limited in the expensively valued large-cap stocks. And hence, clients can take shelter to already beaten down Midcap stocks."

Here's a list of seven midcaps where an investor can place their bets, as per the note.

Outbound tourist as an overall percentage of population is just 2% for India, whereas, highly populated countries such as China and USA have a penetration of 8% and 23% respectively. This shows the scale of opportunity available for TCIL in the coming years.

The company generates an average free cash flow to the tune of Rs 250 crore in the preceding two calendar years. Further, its sale of stake to the tune of 5.42% in Quess Corp has enabled it to pare its debt. Further, the cash it generates will enable it to make acquisitions which will boost the growth of the company.

The target price of Rs 335 from an FY21 perspective leaves investors with a point to point return of 56% and a compounded annual growth rate of 23.9%.

Currently, the stock is trading at trailing twelve month price/earnings of 35.5 times. Now, the P/E might look expensive at this juncture as the earnings of the preceding twelve months have been hammered on account of weak summer. If we take normalized earnings, the p/e ratio will trend downwards.

Further, with the acquisition of Climate Technologies and turnaround in its subsidiaries in Mexico and China coupled with the robust opportunity for the Indian business, there are multiple triggers for the business to grow going ahead.

As compared to its peer Indraprastha Gas which is trading at a price/earnings multiple of 25.7x, Mahanagar is trading at a considerable discount of around 16.8x. Since getting listed in July 2016, Mahangar has traded at a median price earnings of 21.4x and the recent correction in the stock offers a great entry point for the investors.

Given the strong return ratios, healthy margins, government’s impetus on using cleaner fuel and negligible competition in the areas in which it operates, we have valued the company at a target multiple of 19x from an FY21 perspective and have derived at a target price of Rs 1150.

This leaves investors with absolute returns of 37% and a compounded annual growth rate (CAGR) of 16.3% from an FY21 perspective including a dividend yield of 2.3%.

With a strong order book and return ratios almost touching 40%, the company is a great proxy play on the revival in private capital expenditure and infrastructure boom in India.

Not only this, the company boasts of very strong operating leverage. A large part of their expenses are fixed. Hence, in a scenario wherein the revenues spike up, there won’t be a simultaneous spike in the expenses, which will help CDSL to earn higher operating margins. This is the prime reason behind the company earning average operating margins and PAT margins over a period of preceding eight years to the tune of 80% and 57% respectively. These are excellent numbers!

With just one competitor NSDL and globally being just the second depository to get listed, CDSL will continue to deserve a scarcity premium. Value CDSL at a target multiple of 23x and derive at the target price of Rs 453. This essentially leaves investors with an absolute upside of 71% from an FY23 perspective. Also, the target price implies a CAGR of 14.2% (including dividend yield) from an FY23 perspective.

Further, the movie content has improved phenomenally as seen over the last two years. The likes of low budget movies such as Andhadhun, Badhaai Ho, Gully Boy, Uri: The Surgical Strikes, have done phenomenally well at the box office.

However, there is increasing proportion of audiences who want to see good content movies such as the one mentioned above and the demand to watch these movies is high, in-turn leading to theatres charging a higher price for these movies.

The profits have grown at a compounded annual growth rate of 43% in the past five years. Having  assumed the profits to grow at 18% in the next three years and have given an exit multiple of 23x to derive at a target price of Rs 26,000, leaving investors with a absolute return of 29% and compounded annual growth rate of 14% including dividend yield from an FY21 perspective.

In the note, experts have given an exit multiple (i.e 23x) which is 31% lower than the preceding ten year average multiple of 33.5x. Hence, even on a conservative estimate we expect the company to deliver handsome returns in the long run. The maximum buy price to buy this stock is Rs 21000-21100.

Technical Check: This footwear stock with a Mcap of over Rs 25,000 cr is on track to hit life highs; here’s why