These 5 Indian Railways trips are awesome, will leave you inspired

Indian Railways is working to enhance its passenger amenities and give a new experience to the commuters. 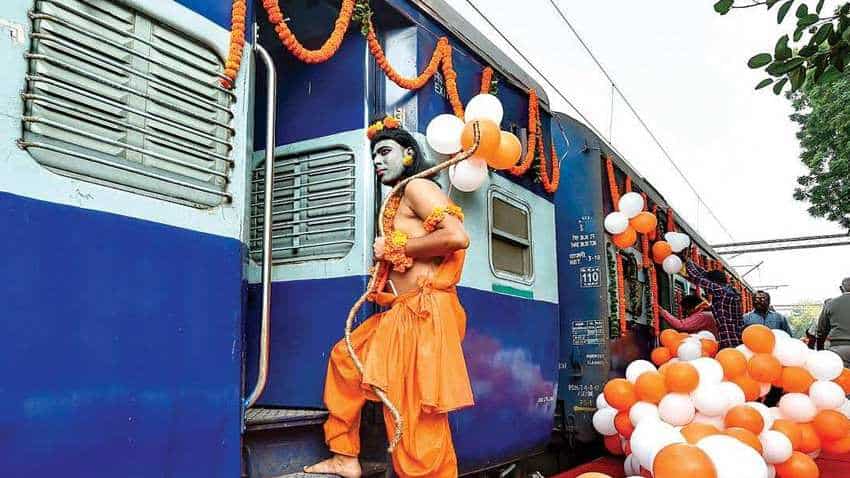 A special tourist train run by IRCTC that covers the prominent places associated with the life of Lord Rama.
Written By: ZeeBiz WebTeam
RELATED NEWS

Indian Railways is working to enhance its passenger amenities and give a new experience to the commuters. Along with the infrastructure, Railways has taken steps to offer some of the most beautiful rides in the world courtesy certain trains. Railways is connecting religious shrines and places with new tourist circuits while making the journey more comfortable and convenient with modern technology. It's trying to redefine the travel experiences with path-breaking initiatives. Here are 5 key initiatives by Indian Railways:

1. Ramayana Express: A special tourist train run by IRCTC that covers the prominent places associated with the life of Lord Rama. The train provides a 16-day tour which starts from Delhi's Safdarjung Station and covers Ayodhya, Sitamarhi, Varanasi, Allahabad, Chitrakoot, Nasik, Hampi, Rameshwaram, Chennai and back to Delhi.

2. Vistadome Coaches: Transparent roofs to enhance the viewing area, enabling tourists to enjoy panoramic views from the coaches. At present, the Vistadome coaches have been running on the Kalka-Shimla track, Matheran Toy Train route, and Mumbai-Goa route.

3. Buddhist Circuit Train: Special Train with world-class facilities launched by IRCTC. It covers Bodh Gaya, Sarnath and other places which had a significant impact on Buddha's life and teachings.

Besides these, the Indian Railways has also approved restoration of Dhanushkodi and Pamban Bridge. Restoration of rail line between Rameswaram and Dhanuskodi and reconstruction of Pamban Bridge - connecting mainland and Rameswaram on Pamban island for the benefit of tourists have been approved.

Twitter hack: Celebs not the only ones hit, 367 users lose Rs 90 lakh in 2 hours – Use THESE SAFE practices

Itolizumab is a breakthrough drug; Its Phase-IV trail will be conducted soon: Kiran Mazumdar Shaw, Biocon