The new Modi NITI, how to take on China with 'AIM'

Eyeing the global revolution in tech-innovations, the Modi government, in its second avatar, is all set to redefine the scope of `Knowledge and Innovation` at NITI Aayog. 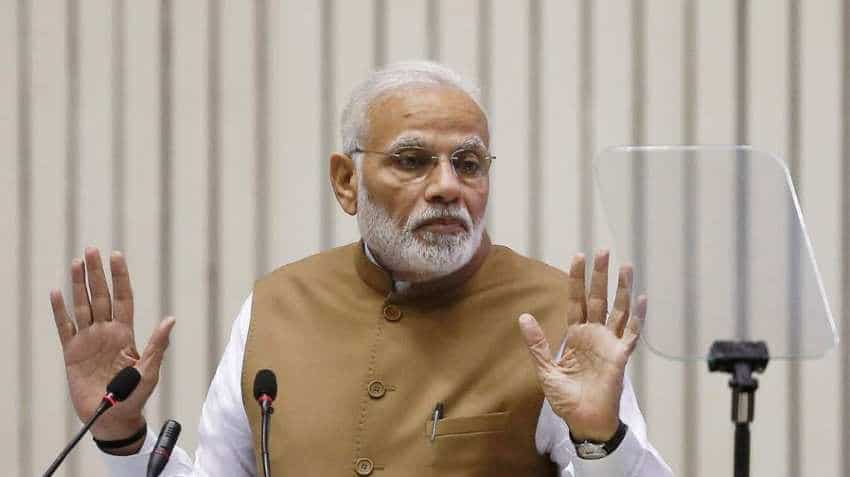 Eyeing the global revolution in tech-innovations, the Modi government, in its second avatar, is all set to redefine the scope of `Knowledge and Innovation` at NITI Aayog. Reuters

Eyeing the global revolution in tech-innovations, the Modi government, in its second avatar, is all set to redefine the scope of `Knowledge and Innovation` at NITI Aayog. Before leaving for his foreign visit to the Maldives, Prime Minister Narendra Modi held a series of meetings with technocrats, top officials and key cabinet colleagues, discussing how to radically redefine innovations and technology on manufacturing front to compete with China.

Over all, the prime focus of the government, as well as NITI Aayog, remains on accelerating the pace of manufacturing sector in India. On domestic front, PM Modi has set his eye on water management, agriculture and security issues and he would likely underline his priorities once he chairs the first big meeting of NITI Aayog, on June 15.

In the wake of sharp criticism from West Bengal Chief Minister Mamata Banerjee and Congress leader Rahul Gandhi on the alleged failure of NITI Aayog, the government now seems more determined to take the Aayog to a new height, inducting domain specialists at the rank of Joint Secretary and above.

"The PM`s dream project is the success of the Atal Innovation Mission,(AIM) the flagship project of NITI Aayog to promote innovation and entrepreneurship in the country. If AIM takes off well, the country would soon be a substitute for China as a global manufacturing hub. In fact AIM complements Make In India, Digital India and Start up India mega projects," said a senior NITI Aayog official.

To provide impetus to the industrial growth, the NITI Aayog Vice Chairman Rajiv Kumar recently told media that a slew of big bang economic reforms are being pursued by the Modi government. These include change in labour laws, privatization moves and land banks for new industrial development. Once the stage is set for a positive industrial environment, the innovation mission will finally accelerate the growth of the manufacturing sector.

Global tech giants such as Adobe, Amazon, Dell, IBM, Intel and Microsoft are already partnering with Atal Innovation Mission. The AIM project serves as a platform for promotion of world-class innovation hubs, and self-employment activities in technology-driven areas.

Through AIM, the government expects a radical change in country`s MSME industry.

Earlier in Modi`s first tenure as PM, his Cabinet Minister Kalraj Mishra and later Minister for State (Independent Charge) Giriraj Singh did not impress the business fraternity while running the ministry for Micro, Small and Medium Enterprises (MSME). In an after thought, Modi in his second innings gave the charge of this crucial ministry to Nitin Gadkari, known for delivering the goods on time.

"Modi ji had spoken about the project to Gadkari ji. He (Gadkari) was more than willing to take up this challenge. I am sure MSME would now be one of the most important ministries in the government as it also addresses the problem of unemployment and lack of a fast-paced industrial growth," said a BJP leader close to Gadkari.

Another big change on the scene is the Atal Tinkering Labs (ATL). It is Modi`s long-term plan for revolutionizing the young Indian minds. The ATLs are innovation workplaces where do-it-yourself kits on latest technologies like 3D printers, Robotics, Internet of Things, are installed at schools using the government grant. The mission director of AIMs , R. Ramanan, an IITian, says that by next year 10,000 ATL workplaces in the Indian schools will bring radical change in the near future in the field of innovation.

The objective of PM Modi through mega ATL project is to enable India to become a global leader in technology and innovations, the key to ruling the modern-day industries.