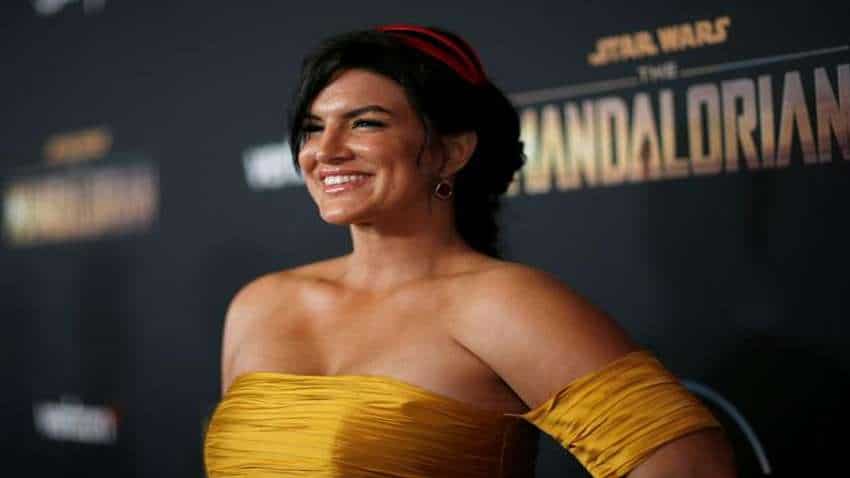 According to Variety, Gina Carano, who plays Cara Dune on both seasons of Disney Plus` `The Mandalorian`, garnered backlash on social media after sharing several controversial posts on her Instagram story.

An official spokesperson of the production house said in a statement on Wednesday (local time) that "Gina Carano is not currently employed by Lucasfilm and there are no plans for her to be in the future. Nevertheless, her social media posts denigrating people based on their cultural and religious identities are abhorrent and unacceptable."

This came after the actor shared a few posts on her Instagram stories Tuesday night, including one that compared today`s divided political climate to Nazi Germany.

She wrote, "Jews were beaten in the streets, not by Nazi soldiers but by their neighbors...even by children. Because history is edited, most people today don`t realize that to get to the point where Nazi soldiers could easily round up thousands of Jews, the government first made their own neighbors hate them simply for being Jews. How is that any different from hating someone for their political views."

In another post, Carano shared a picture which featured a person wearing multiple cloth masks with the caption, "Meanwhile in California..."

Variety reported that both posts were removed from Carano`s Instagram by mid-day Wednesday. Other posts, including one in which Carano wrote "Jeff Epstein didn`t kill himself," remained.Many people on Twitter began using the hashtag #FireGinaCarano, tagging accounts for Disney, Disney Plus, "Star Wars" and Lucasfilm and requesting that Carano be dropped from "The Mandalorian."

However, it is not the first time that Carano has courted social media controversy. As per Variety, in November she made light of people including their preferred pronouns on social media by adding "beep/bop/boop" to her Twitter bio, which many fans called out as transphobic. Carano later removed the words.