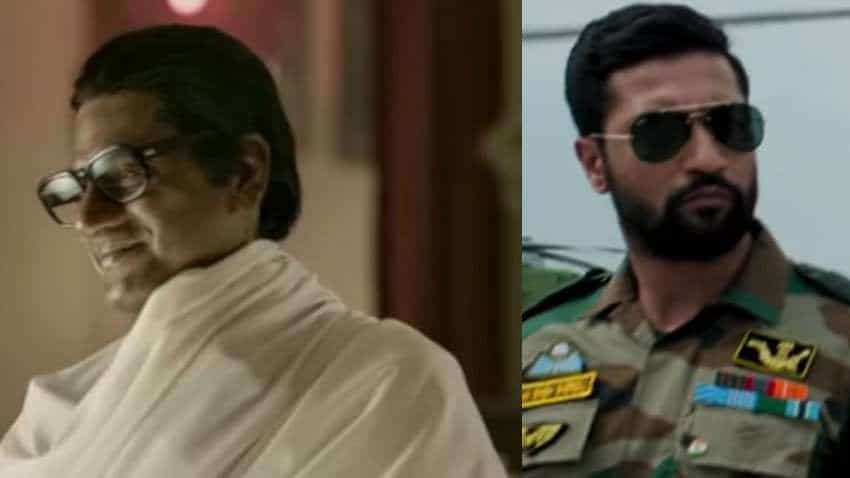 Thackeray office collection: the film has so far earned Rs 22.90 cr in Hindi and Marathi version together, after collecting Rs 6 cr on the opening day.

Thackeray vs Uri box office collection: Nawazuddin Siddiqui starrer Thackeray has witnessed a healthy weekend. The film's Marathi version is doing superb bsuiness. Though the Hindi version of the movie, based on the biopic of  Shiv Sena founder Balasaheb Thackeray, has witnessed moderate response from the audience, it has been successful in pulling a huge number of audience to the theatres.

According to the latest data, the film has so far earned Rs 22.90 cr in Hindi and Marathi version together, after collecting Rs 6 cr on the opening day. The earning figure may be bigger when the latest updates will be available. On the second and third days the film collected Rs 10 cr and 6.90 cr, respectively. Uri:

The Surgical Strike seems to be dampening the prospect of the Nawazuddin Siddiqui starrer across the country, except Maharashtra, as it is still pulling a lot of crowd to theatres. Uri is based on Indian Army's surgical strikes on a terrorist camp inside the Pakistan-occupied Kashmir. The Vicky Kaushal-starrer film so far has Rs 160.78 cr. Meanwhile, Uttar Pradesh government has announced that the state will not collect GST on the film's earnings.

Simmba, the Ranveer Singh-starrer movie, after dominating the box office for a month is now slowing down. It only managed to earn Rs 12 lakhs on Friday, Rs 33 lakhs Saturday, and Rs 35 lakhs on Sunday.