Tech driven world has influenced all aspects of our lives: Modi 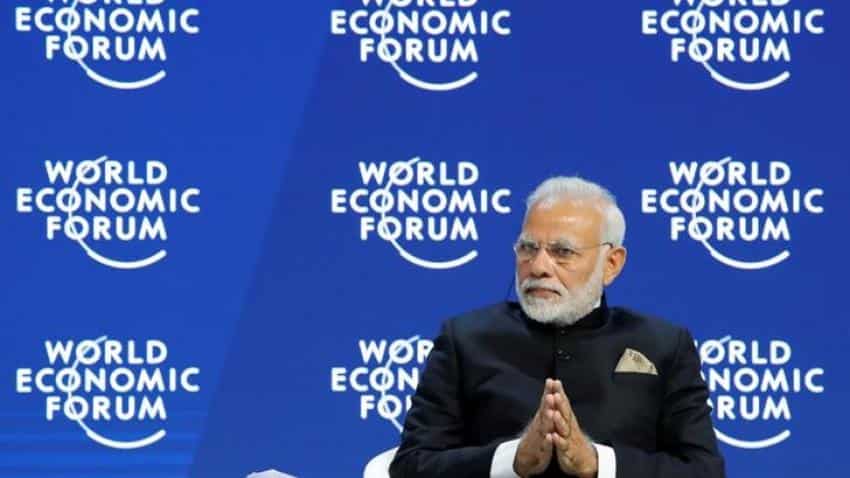 This outgoing CEO got 27 pct salary hike! Even more than chairmen of promoter PSUs - All you need to know

Want to be a CEO? Do not let ego determine your vision

Prime Minister Narendra Modi said that technology-driven transformation is deeply influencing the way we work, behave, the way we talk to each other.

Addressing a conference in Davos today, the PM said that "this technology-driven world has influenced all aspects of our lives."

PM Modi says that he will only talk about the three gravest threats that humans face today. The first is climate change. Extreme weather conditions are rising by the day and the world should come together, he adds.

He said,"in 1997, India's GDP was $400 billion, but after two decades now it is 6 times." He also added, "I would like to congratulate the WEF president for making Davos a platform for global discussion."

In his speech, he said that "we in India are proud of our democracy and diversity. Democracy is not a political system in India. it is a way of life." He also added,"125 crore Indians are capable of creating a $5 trillion economy by 2025. In 2014 after 30 years, the 600 crore Indians provided a complete majority to any political party to form govt at the center. We took the resolution for the development of everyone and not just a specific group. Our motto is 'Sabka Saath Sabka Vikas'."

Addressing a roundtable before a dinner meet on the sidelines of the World Economic Forum (WEF) gathering yesterday, Modi narrated India's growth story.

He was accompanied by top government officials including Secretary (Economic Relations) at the External Affairs Ministry, Vijay Gokhale, Foreign Secretary Jai Shankar and Secretary in the Department of Industrial Policy and Promotion (DIPP) Ramesh Abhishek.

Under the tagline of 'India Means Business', the roundtable was attended by 40 CEOs of global companies and 20 from India.

The spokesperson also tweeted that the prime minister "hosted a roundtable meeting with CEOs of top global companies".

The Prime Minister's Office in a tweet said, "In Davos, PM @narendramodi interacted with top CEOs. He spoke about India's economic development and the investment opportunities in the nation".

This outgoing CEO got 27 pct salary hike! Even more than chairmen of promoter PSUs - All you need to know

Want to be a CEO? Do not let ego determine your vision