Teachers Recruitment Board Tamil Nadu: This has happened in drive to hire lecturers 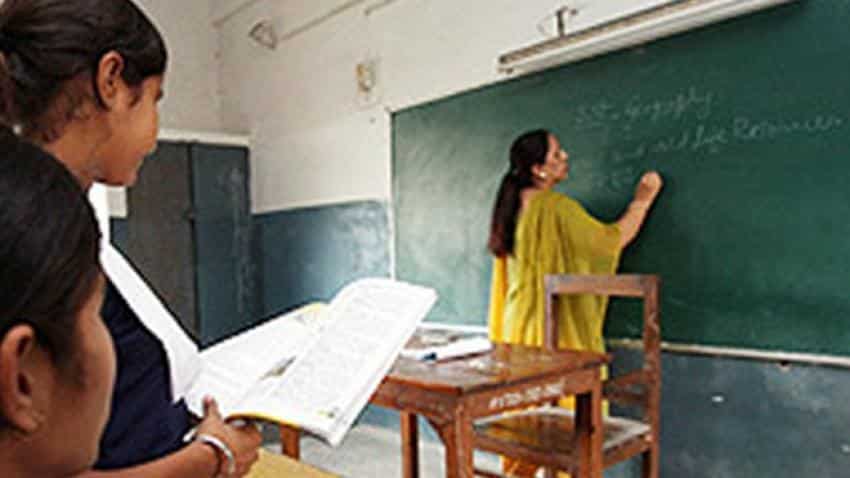 The Teachers Recruitment Board found that 196 candidates had committed fraud. A few candidates also sent a complaint to the Prime Minister's Office, informing it of the "irregularities". Image source: Reuters

The Madras High Court has upheld the Tamil Nadu government's decision to cancel the exam conducted by Teachers Recruitment Board last year to recruit lecturers for state-run polytechnic colleges for the 2017-18 academic year. Justice S M Subramaniam, who dismissed a batch of petitions recently challenging the cancellation, said the court had examined the probe report submitted by the government. The report said there were several cash transactions and the outsourcing company had tampered with hard discs and the original Optical Mark Recognition sheets.

A total of 2,110 candidates were called for certificate verification for subjects on engineering. The Teachers Recruitment Board found that 196 candidates had committed fraud. A few candidates also sent a complaint to the Prime Minister's Office, informing it of the "irregularities".
The board filed a complaint with the central crime branch and a case was registered by the cyber crime cell.

In a release on February 9, the board said the test has been cancelled and issued a fresh notification announcing that the exam would be re-conducted in August. The petitioners then moved the court, challenging the cancellation of the exam. The judge refuted the argument of petitioners' counsels to delete the names of the 196 "tainted" candidates and conduct the selection process afresh.

"When the corrupt activities are mixed to such a magnitude, then it is certainly not preferable to segregate the tainted and non-tainted," the judge said. The judge said the court felt it was impractical for the investigating officials or for the appointing authorities to proceed with such a process of segregation in a prompt and correct manner. If this was done, it would only pave the way for more litigations, he noted.

He referred to the progress made in the investigation and said it revealed large-scale illegalities and corrupt activities had taken place in the selection process. "This court cannot close its eyes in respect of the significant improvements made in the investigation by the Central Crime Branch," the court said.
Justice Subramanian said the court did not find any infirmity in the decision taken by the government to cancel the exam and to proceed with a fresh selection.

"The government has taken a right decision in cancelling the selection en-masse. Such a decision alone will create some confidence in the minds of the right thinking people," he said. A total of 10 persons have been arrested, of whom four were employees of the agency tasked with maintaining computer based records.