TCS stock tip: Is it better than Infosys share? Here is what experts think of titan of IT sector

According to Elara, TCS’ presence has become superior to that of Infosys, and which is why, one can opt for the former for investing in equities. 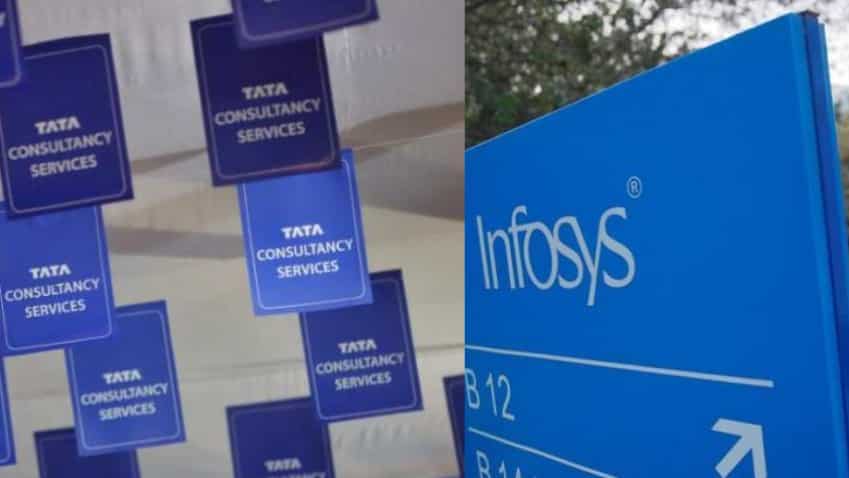 Tata Consultancy Services or TCS share is not only the giant of benchmark indices Sensex and Nifty, but also of the entire technology sector. TCS has reached many milestones in the past and is still among the most valued stocks on Dalal street. It is currently the second largest company on BSE with a market cap of over $123 billion, following Mukesh Ambani-led Reliance Industries. In IT sector, TCS faces stiff competition from Infosys. Elara Capital highlights that, most investors speak highly of both TCS and Infosys. It said that TCS’ presence is superior to that of Infosys, and it could be opted for to invest in equities.

Why Elara Capital thinks TCS is better than Infosys?

1. TCS client mining significantly superior to that of Infosys:

TCS had fewer USD 50mn+ clients than Infosys in CY05 and both were on par even as recently as CY15; however, by CY18, TCS had ~67% more clients in this tier at 99 to Infosys’ 59. We believe this gap is likely to widen, given TCS’ wider services portfolio and holistic account growth approach enabled by what TCS CEO Rajesh Gopinathan calls “contextual knowledge”. This is proving especially valuable as IT spending decisions are starting to get made by businesses.

In Elara’s view, if we consider incremental organic constant currency revenue, TCS has improved its market share significantly over recent years while Infosys has just managed to get back to its CY10 level after losing nearly half of it over CY10-14. However, perception seems to be that Infosys has gained growth momentum vs TCS as P/E premium has shrunk from the highs of 28% as on April 30, 2018, to a mere 10.3% as on 29 March 2019.

Over the years, Infosys’ incremental employee cost against incremental revenue has always been more volatile than that of TCS. CY18 has seen this ratio at its worst in recent years at 83.6%, suggesting either Infosys is investing significantly ahead of revenue (not visible from its utilization or onsite effort proportion) or 1) its new contracts have sharply lower profitability or 2) some existing large contracts have had an impact on profitability.

Ravi Menon and Ashish Agrawal, analysts at Elara Capital said, “We had analyzed Infosys was entering FY19 with limited traditional margin levers and TCS was likely to widen growth and margin gap with Infosys. We believe the 19.8% P/E premium assigned for TCS based on Consensus estimates is inadequate.”

The duo added, “We are well ahead of Consensus on TCS and below Consensus on Infosys. We reiterate Buy on TCS with a new TP of INR 2,400 from INR 2,360 on 21x FY21E P/E from 24x FY20E P/E. We are assigning a lower multiple as we now look at earnings further out in the future.”

On Wednesday, TCS share price was trading at Rs 2,082.05 per piece almost subdued compared to previous day trading session. However, in first half of trading session, TCS has touched an intraday high and low of  Rs 2,089.80 per piece and Rs 2,060 per piece. If we take into Elara’s target price, then TCS is set to rise further by Rs 300 or 15% ahead.