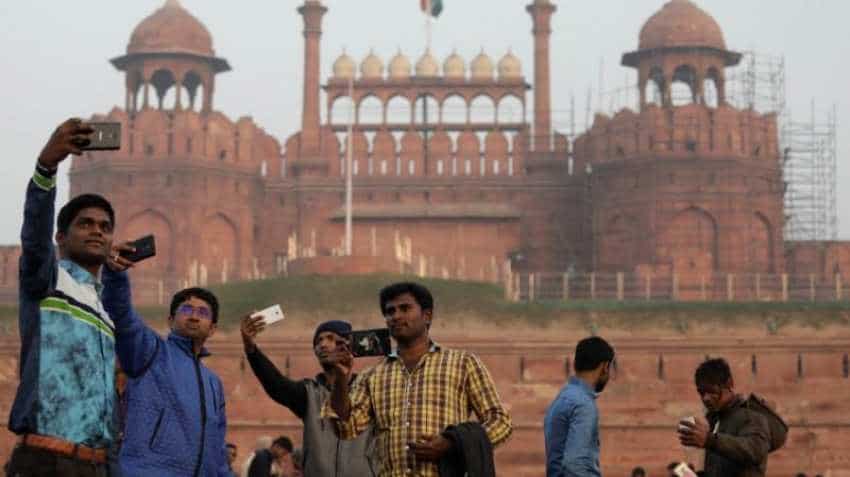 The government has increased the funds for the tourism ministry to Rs 2,189.22 crore for 2019-20, Image source: Reuters

Various initiatives in the interim budget such as tax rebates for the middle class will benefit the travel and tourism sector, industry players said.

The focus on tax rebates for the middle class has brought a sigh of relief for them and now they will be able to spend more on vacations.

"The exemption of income tax for middle and lower class segment of the society will increase the disposable income, which in line will trigger demand across consumer focused industries," Royal Orchid Hotels MD Chander Baljee said.

Highlighting that tax exemptions will provide a boost to the sector, Cox & Kings Group CEO Peter Kerkar said the move will lead to additional savings thereby leading to more discretionary spends and travel and tourism can be one of the beneficiaries.

Thomas Cook India ED and CEO Mahesh Iyer said: "While the interim budget 2019 has seen no direct mention of the travel and tourism sector, focus on tax breaks for the middle class will result in increased disposable income and a cascading boost to consumption- offering the sector an opportunity for increased travel and tourism spends."

Sambhav Rakyan, Head of Talent and Rewards Consulting, India at Willis Towers Watson said measures on taxation front will have a positive impact on disposable income and savings, which in turn can increase domestic expenditure and enhance the sense of security amongst salaried class.

L Badri Narayanan, Partner, Lakshmikumaran & Sridharan attorneys said the tax exemptions will go a long way in providing relief. At the same time, the tax mop-up may not be affected too severely as the total contribution as percentage of overall tax may be low.

Co-Founder and Co-CEO of Drip Capital, Pushkar Mukewar said the finance minister has announced a few steps that could prove beneficial to MSMEs, including lower interest rates and tax changes.