He said every person who evades taxes is not discharging his national obligation. 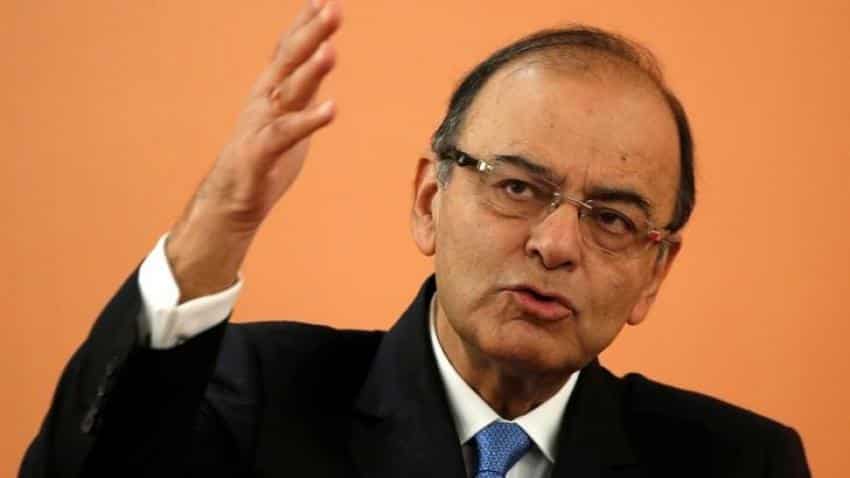 On the GST, Jaitley said the target date for rollout of the new indirect tax regime is April 1. Photo: Reuters
Written By: PTI
RELATED NEWS

As much as Rs 65,250 crore of undisclosed assets were brought to light during the 4-month one-time compliance window ending September 30, yielding the government Rs 29,362 crore in taxes, half of it in the current fiscal.

In contrast, India's biggest auction of telecom spectrum ended last week with a whimper attracting just Rs 65,789 crore in bids as against a potential of Rs 5.6 lakh crore. The yield to the government will be Rs 37,000 crore this fiscal.

Jaitley said one category of spectrum, 700 MHz band, didn't find any buyers, but the total amount of radiowaves sold from other frequencies was highest ever.

"I am sure eventually managing the fiscal is not going to be difficult. In any case, this year and next year the tax paid out of the IDS (Income Disclosure Scheme) itself gives me a reasonable amount of cushioning," he told CNBC TV18.

Jaitley said the BJP-led government has in the last two- and-half years taken steps to curb black money and the first decision it took after assuming office was to constitute the Special Investigating Team (SIT).

"Every decision we have taken is to try and make India through persuasion, through law, through compliance opportunities and even through fear...A tax compliant nation.

He said every person who evades taxes is not discharging his national obligation. "As a result of which we are trying to make India, through every measure, a more tax compliant country and I am sure that GST eventually, in indirect taxes and its cascading effect on the behaviour of direct tax assesses, is also going to persuade people to become more and more tax compliant," he said.

On the Goods and Services Tax (GST), Jaitley said the target date for rollout of the new indirect tax regime is April 1. On October 18-20, the GST Council will meet to discuss "possible (tax) rates and bands", he said.

"As far as the Fiscal Responsibility and Budget Management (FRBM) is concerned, the committee is already functioning. This year, I am very clear we have a 3.5 per cent target and we will stick to that target. In future what happens, we will see the report and they are going through whatever are the global best practices and they will be making some recommendations," he said.

Jaitley said the disinvestment proceeds this year, after including into account share buybacks by PSUs, will probably "achieve a much higher disinvestment figure than ever in history".

"We have all the systems in place. We have identified the sectors also, we have taken steps to rectify the health of those sectors also. I think the last stage remains that a few test cases, there will have to be transfer of ownership even if it is a compulsive transfer of ownership for which you need a buyer standing in front of you. I think that is the challenge before the banks at the moment. I am sure some cases will happen that way," he said.