Due to JLR sales, Motilal Oswal believes that the company will near towards Rs 195-price level ahead. Hence, the broking firm has given a neutral rating on Tata. 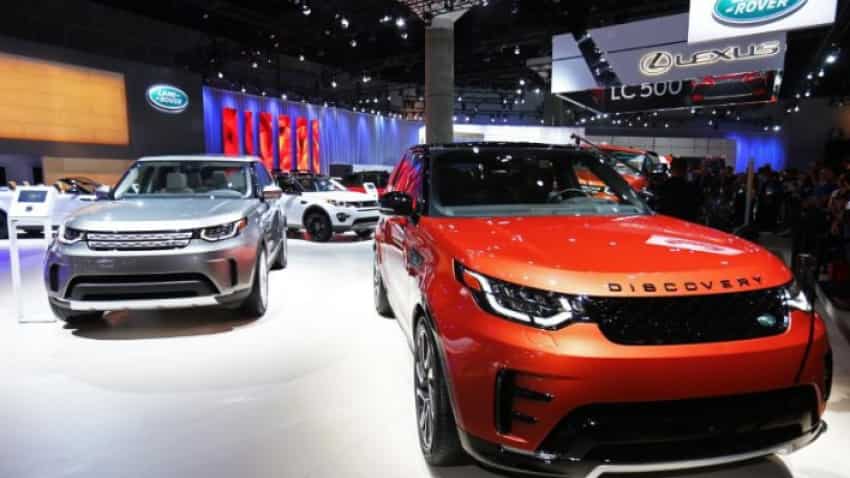 Due to JLR, Tata has been on hotbed since last year, and investors were trading cautiously. Photo: Reuters
Written By: ZeeBiz WebTeam
RELATED NEWS

Tata Motors Shares: It was the start of April 01 trading session which was also the beginning of FY20, where the fate of Tata Motors took a reverse trend. From trading below Rs 190-levels, the automaker has rocketed to over Rs 219 level in just 11 days time. This would be a massive 17.15% jump in less than two weeks. Optimism in Tata Motors was despite, the company witnessing negative global sales especially in its luxury car brand Jaguar Land Rover (JLR). Due to JLR, Tata has been on hotbed since last year, and investors were trading cautiously.  However, on the domestic front, the company has managed to record good sales figures for FY19. But looks like the party days are getting over for Tata Motors, as analysts at Motilal Oswal believe that the company will near towards Rs 195-price level ahead. Hence, the broking firm has given a neutral rating on Tata.

On the other hand, JLR sales in FY19 were at 578,915 vehicles, down 5.8% compared to previous fiscal. During the year, the all-electric Jaguar I-PACE was introduced and sales of the Jaguar E-PACE, Range Rover Velar and the refreshed Range Rover and Range Rover Sport ramped up, however, this was offset by continuing weakness in China and the run out of the first generation Range Rover Evoque.

Felix Brautigam, Jaguar Land Rover, Chief Commercial Officer said, “Despite a challenging time for us and the automotive industry, we were able to deliver growth in three of our five regions. In North America, the UK and Overseas we posted solid growth on the back of strong demand for our exciting product line-up, achieving record sales and outpacing industry trends in many markets.”