A one-time fee for distribution in the US has become a drag on the profitability of Eight O’Clock Company, a coffee company owned by Tata Coffee Ltd, a subsidiary of Tata Global Beverages Ltd. 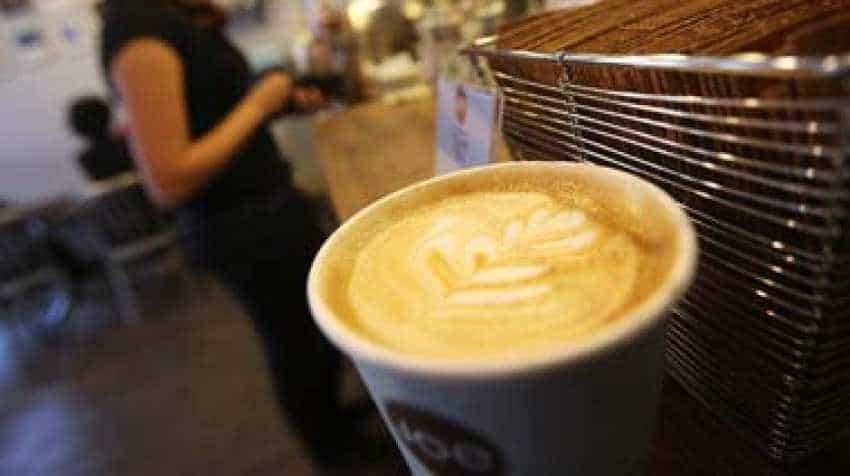 A one-time fee for distribution in the US has become a drag on the profitability of Eight O’Clock Company, a coffee company owned by Tata Coffee Ltd. Image source: Reuters
Written By: Soumonty Kanungo
RELATED NEWS

Tata Global Beverages net profit down by nearly 35% in Q3

Tea, coffee, ...squashes! See what Tata Global Beverages is up to
A one-time fee for distribution in the US has become a drag on the profitability of Eight O’Clock Company, a coffee company owned by Tata Coffee Ltd, a subsidiary of Tata Global Beverages Ltd. During an analyst call, Tata Coffee MD and CEO Sanjiv Sarin said the impact on Ebitda is “a necessary one” and is largely driven by a listing requirement in the trade in the US for distribution.
“The temporary hit has happened,” said Sarin, without disclosing the quantum of the listing fee.
In 2017, Tata Coffee through Eight O’ Clock Coffee (EOC) had signed an agreement with Keurig Green Mountain, Inc for manufacturing, sale, licensing and distribution of EOC coffee in K-cup pods for use in Keurig brewers. Keurig had agreed to pay royalty on the sale of EOC K-cup pods in certain channels and EOC agreed to pay co-packing fee to Keurig in certain other channels, as per a regulatory disclosure in March 2017.
K Venkataramanan, executive director - finance, and CFO, while addressing the analyst call, said, “The new arrangement is kind of settling down”.
EOC, held through company’s overseas subsidiary Consolidated Coffee, posted higher sales with a total income of $39.64 million in June quarter of this fiscal compared to $28.86 million in the year-ago period.
The consolidated pre-tax profit for the quarter under review was lower at Rs 41 crore as against Rs 63 crore in the same period last year partially due to one-time exceptional expenses in the US operation, a recent press release said.
Meanwhile, profits of Tata Coffee were also impacted due to lower realisation from its tea and pepper segments. The company reported a consolidated net profit of Rs 31.22 crore in Q1FY19, a decline of 30.4% over the same period last fiscal.
Sarin said that pepper has been a focus area and a “strategic growth driver”.
Watch this Zee Business video here:
According to him, the overall domestic production of pepper has exceeded by around 14% and Vietnamese pepper was trading at a significant discount to Indian origin pepper.
However, despite the minimum import price restriction of Rs 500 per kg, pepper prices have dipped from Rs 403 a kg at the beginning of the quarter to Rs 372 per kg at the end of the quarter, he said, adding that the market price drop has been quite steep and “has severely impacted profits”.
Tata Coffee announced its first quarter result on July 26. In a press release, the company had said the plantation segment has reported revenue of Rs.73 crore in the first quarter of the current fiscal as against Rs 74 crore in the year-ago period.
The operating profit was Rs 5 crore in Q1FY19 as against Rs.18 crore in the corresponding period on the back of lower tea and pepper realisations.
Source: DNA Money

Tata Global Beverages net profit down by nearly 35% in Q3

Tea, coffee, ...squashes! See what Tata Global Beverages is up to