Tariff issues are not a start of Trade War between US and India: Alok Vardhan Chaturvedi

“The tariff hike on 28 US products is not a sudden action but the move was notified last year itself and India was extending it”, says Alok Vardhan Chaturvedi, Directorate General of Foreign Trade, during a conversation with Zee Business. 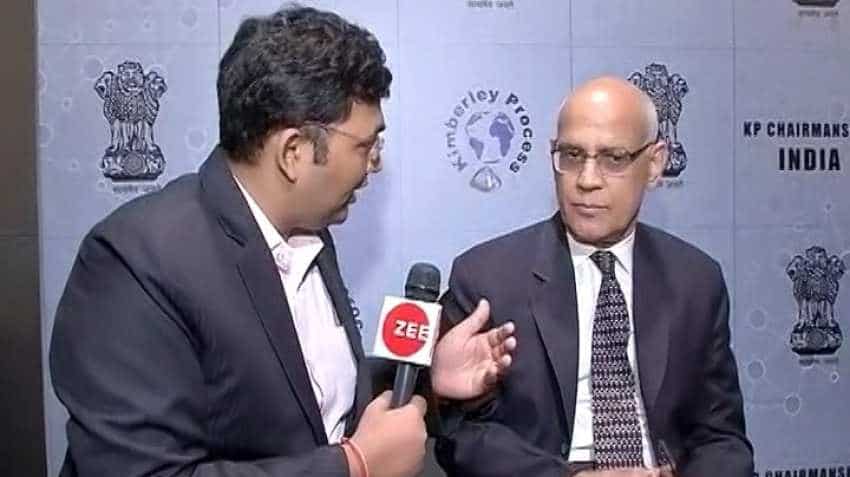 Alok Vardhan Chaturvedi said, “the tariffs must not be considered as a trade-war as India will continue to engage with the US and will be cooperating on a range of issues which is important from each other’s perspective.” Image source: Zee Business

“The tariff hike on 28 US products is not a sudden action but the move was notified last year itself and India was extending it”, says Alok Vardhan Chaturvedi, Directorate General of Foreign Trade. During a conversation with Anurag Shah, Zee Business, Chaturvedi said, “the tariffs must not be considered as a trade-war as India will continue to engage with the US and will be cooperating on a range of issues which is important from each other’s perspective”. Edited Excerpts:

Q: India has raised tariffs on 28 items exported from the US in retaliation to America’s withdrawal of preferential access for Indian products from 5 June. Let us know about other areas and products that can join the list in the recent future?
A: First of all, there is not a war between the US and India and the issues between the two nations will be resolved through negotiations. The tariffs have been increased in line of US action in which it increased import duty on steel, last year. The move is not a sudden one, but it was notified last year, but India was extending it. It also got delayed due to the imposition of the Model Code of Conduct. But, its imposition doesn’t mean that a trade war has started. Both the countries, the US and India, will talk on it. Incidentally, an American representative is visiting India, this week and the issue will be discussed during his visit. Later, the same will be discussed during an official visit of Prime Minister Narendra Modi to the US. Secondly, you are quite aware of the fact that the two nations always share a give and take relationship, which means they will always have some of the other issues with each other. So, it will be taken care of.

Q: Have you reached out to some other country to increase our export and compensate for the losses?
A: Yes, it has always been our endeavour to reach out to new markets and search for new products that can add a value to it. For instance, we are looking forward to Latin America and African region, and in the process, we are also taking our industries there and exhibiting our important products with a sole aim of increasing our export markets.

Q: There are complaints related to malpractices in the policy of importing and re-exporting pulses. So, have you received any such complaint till date?
A: We haven’t received any such complaint related to re-importing till date. Apart from this, import quota on pulses has been fixed and it stood at 2 lakh tonnes. However, this quota was increased to 4 lakh tonnes during a meeting that was chaired by our Consumer Affairs Minister Ram Vilas Paswan. The increased quota will be allocated soon.

Q: Have you provided any suggestion for lowering the import duty on Gold?
A: Last year, the commerce ministry in its suggestion has said that a reasonable duty should be slapped on it. But in the end, it is a perspective and prerogative of the department of revenue to put a favourable duty after considering everything.

New Drone Policy 2021 ANNOUNCED in India: What are the KEY TAKEAWAYS of the New Drone Rules 2021? - Check here

Trading firms can apply for feed-grade corn import by May 31: Commerce Ministry