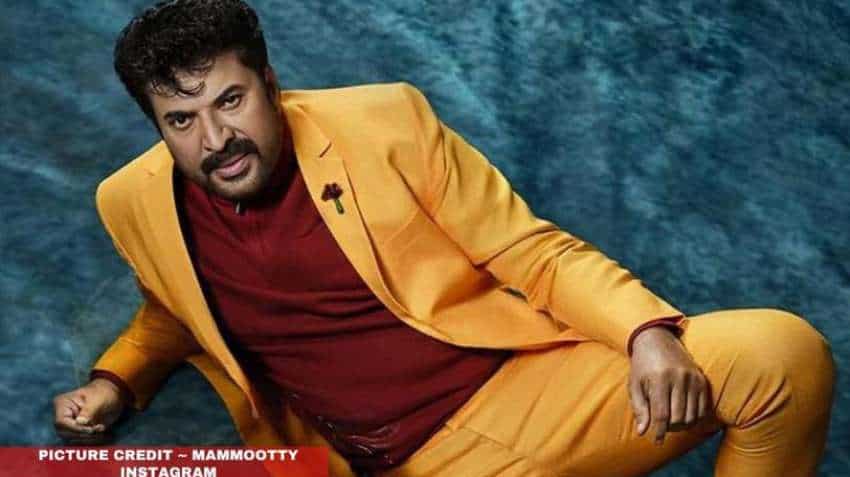 Directed by Ajai Vasudev, Shylock is one of the most-awaited movies among the Malayalam cine-goers. Photo: Courtesy Mammotty Instagram
Written By: ZeeBiz WebTeam
Edited By: Harish Dugh
RELATED NEWS

Tamilrockers — the infamous torrent website — has now leaked Malayalam movie 'Shylock.' Directed by Ajai Vasudev, Shylock is one of the most-awaited movies among the Malayalam cine-goers. The online leaked movie will have a big bearing on the filmmakers as the film is yet to be released. Mammootty starrer Shylock is going to mark the debut of actor Raj Kiran in the Malayalam film. This Tamilrockers online leak will have an impact on the Box Office collection of Shyklock. Fans have been waiting for the release of Shylock eagerly as Raj Kiran and Meena, who had earlier worked in Rasavin Manassile, are acting together after 28 years. The 2020 Malayalam-language action thriller Shylock is written by newcomers Aneesh Hameed and Bibin Mohan.

The online leak of Shylock by Tamilrockrs adds to a huge number of other movies leaked earlier. Tamilrockers has also previously leaked many Bollywood and Hollywood movies online. Some of the films that have become victims of Tamilrockers' piracy include Chal Mera Putt 2, Dream Girl, Frozen 2, Marjaavan, Pagalpanti and many more. However, when the movie is leaked online it affects the box office collection, which may result in a promising movie getting flopped.

Tamilrockers is a notorious piracy website that releases Bollywood, Hollywood and regional language films hitting the box office collection of the movies to a large extent. Various attempts to stop the piracy website from leaking online films when they are running in theaters (sometimes it leaks movies online before their release as well) have been made earlier and now filmmakers have started to urge film fans to avoid free download from the torrent website and watch films in the theaters.