Take a ride on metro trains, go to gym, or take holiday? What the public said

Hospitality sector has been one of the worst affected one due to the Coronavirus outbreak. Although the Government has given permission to hotels to restart operations, their bookings have been low as people have stayed away from travel and public places. Business travel has been minimal and holiday bookings have been nearly zero. 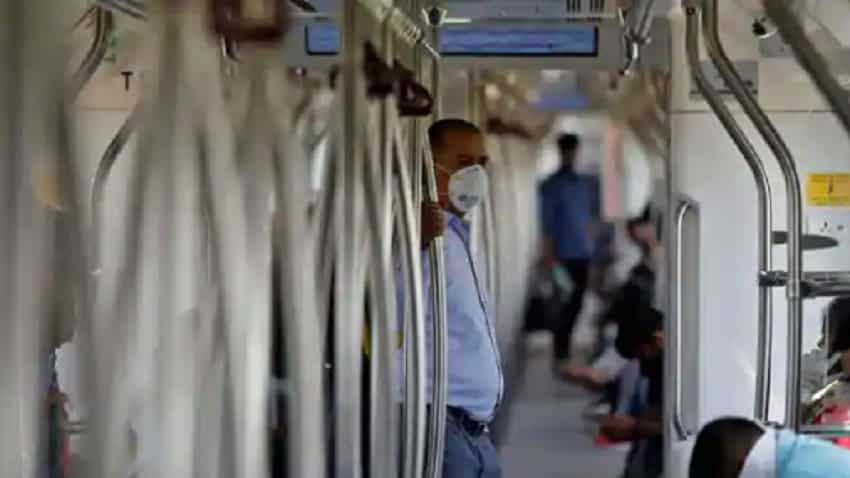 A total 67 per cent citizens say they will not take metro or local trains in the next 30 days even if they are restarted, according to a LocalCircles survey, Photo: Reuters
Written By: IANS
RELATED NEWS

Unlock 1.0 which announced the reopening of several sectors and relaxation in many areas is nearing its end on June 30. With the number of cases in India crossing 525,000 and 100,000 cases getting added now in just 6 days, many citizens are greatly concerned about COVID-19 reaching them.

LocalCircles conducted a survey to check if with Unlock 2.0, how willing are people when it comes to using metros/local trains, visiting gyms/swimming pools, booking holiday hotel stays, etc in the next month or so. The survey received over 24,000 responses from 241 districts of India.

The Delhi Metro Railway Corporation recently said that they are working on a list of standard operating procedures to resume metro services as soon as possible. Mumbai local trains also re-started operations for essential services providers on June 15 after being shut for 84 days due to the lockdown restrictions, but the ridership has been very low.

A total of 25 per cent citizens say they will take metro/local trains in the next 30 days if they are restarted while 67 per cent said they will not do it as it might be unsafe. Although the sharp increase in fuel prices has put a dent in people`s pockets, they are still hesitant in using public transport due to the fear of catching COVID-19.

The Central Government, in the May 30 order, had said that they would take a decision on the reopening of gymnasiums and swimming pools during the phase 3 of the unlocking plan.

Many gym owners and their associations have been demanding that the Government allows them to reopen sooner but with the rate of COVID-19 infection climbing with each passing day, citizens still do not look ready to take any chances.

Only 15 per cent citizens in the next question said that they will visit a gymnasium or swimming pool in the next 30 days if they are restarted and a large 84 per cent said they will stay away from these places for some more time.

Hospitality sector has been one of the worst affected one due to the Coronavirus outbreak. Although the Government has given permission to hotels to restart operations, their bookings have been low as people have stayed away from travel and public places. Business travel has been minimal and holiday bookings have been nearly zero.

When asked if they were planning any holiday hotel stay with family in the next 3 months, i.e. between July to September, 93 per cent replied in a negative while only 4 per cent said yes.

LocalCircles said although, many in the Government and Industry are now in support of opening up all locked areas of the economy due to the financial impact, citizens at large seem to be clear about what they want, which is safety and containment first.

At this juncture, the results of the survey clearly show that majority citizens are not in favour of metros and local trains as well as gyms and swimming pools in Unlock 2.0 and add another variable to an already complex problem.