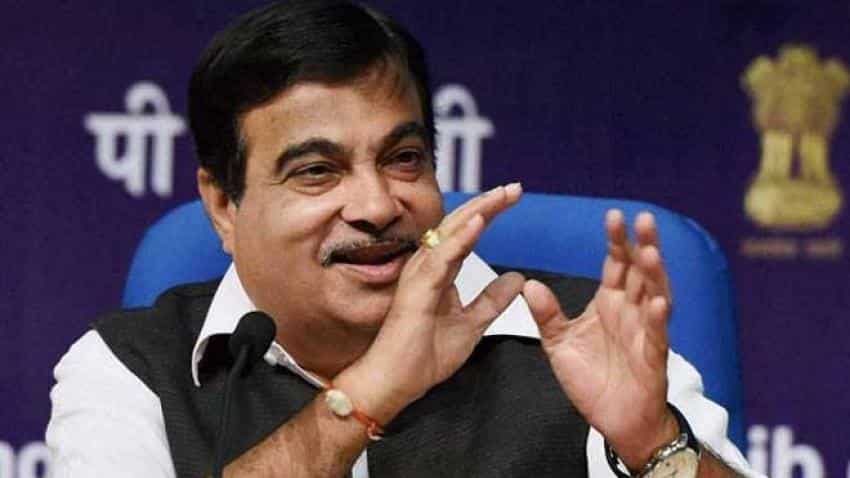 Nitin Gadkari also pointed out to the wastage of crops due to lack of storage facilities and how it can used to extract ethanol. Image source: Reuters
Written By: PTI
RELATED NEWS

Union Minister Nitin Gadkari today said the mindset of the governmental "system in Delhi" is "anti-farmers and anti-villages", comments which come in the backdrop of Congress' relentless attack on the government on the issue of addressing "farm distress".

Gadkari, speaking at a book release event here, touched upon the pressing issues concerning the agriculture sector and said declining inflation has brought down the prices of farm produce which is a matter of concern.

When asked to elaborate on his comments at the event, he later said they should not be "misinterpreted politically" and he just sought to bring out the point that there should be a balance between taking care of inflation and the farmers getting the right price for their produce.

Earlier, he released a book on 'Water productivity and mapping of major Indian crops'.

Referring to a presentation made by bureaucrats on food inflation in the Cabinet meeting yesterday, Gadkari said he is concerned about the farmers as prices of farm produce are going down with the decline in inflation.

"It was a good and right presentation, but I felt a bit uneasy as the inflation has come down but what will happen to us farmers. They are all doomed. (Inko sasta hua, par hamara kya hoga, kisanoka. Band baja baj gaya pura," Gadkari, who has the portfolios of road transport and highways, shipping and water resources, said.

He said though prices of petrol and diesel have shot up, the inflation has dropped to 3.07 per cent largely because of decline in the prices of essential food items like onion, dal and wheat.

"The system that has been there since a long time.... As he (the bureaucrat who gave the presentation in Cabinet meeting yesterday) said about 3.07 per cent food inflation and it is good, but if the dal price comes down to Rs 50 per kg then the farmers don't get the MSP.

"That equilibrium between the inflation and farmers' produce must be maintained so that consumers do not face extortion and farmers do not get exploited. The problem is with the policy and this should not be politically misinterpreted," he later said.

He was clarifying his comments on the "system" being "anti-farmers and anti-villages".

Gadkari also referred to a debate on whether food crops should be used for producing ethanol, which is used in the fuel. He also urged that the agriculture ministry should allow farmers to use crops to produce ethanol.

He recalled the agriculture ministry's objection to a request by former Punjab chief minister Parkash Singh Badal to use corn for extracting ethanol.

"When this note went to the Petroleum Ministry, even in that the Agriculture Ministry invoked fuel versus food logic. The officers say that if this happens then there will be shortage of food. But how will that happen? There will be no shortage of food in the next 5-10 years," he said.

Gadkari also pointed out to the wastage of crops due to lack of storage facilities and how it can used to extract ethanol.

"I have been saying this for the last ten years. People say I am influential, but I have tried hard in the last ten years and I have brought things at this position because it took a lot of time to convince all these people. The fate of the farmers cannot be changed by growing rice and wheat," he added.

Earlier, noted agriculture economist Ashok Gulati, during the release of the book, said that the sugarcane consumes a lot of water and groundwater table is rapidly decreasing.

Replying to Gulati's comments, Gadkari said it was easy to say in Delhi that sugarcane consumes a lot of water and that the farmers should not grow that crop.

"I ask as a farmer. I will not undertake the sugarcane crop, you tell me what should I do.... The price of non-basmati rice is Rs 13-14 per kg, which is peanuts and look at the price (escalation) of fertilisers and power," the BJP leader said.