Sye Raa Narasimha Reddy box office collection: The much-awaited teser of Chiranjeevi's period drama Sye Raa Narasimha Reddy, hailed as one of India's biggest movies of all time, was dropped on Tuesday afternoon. The film brings together stars from different film industries of India and promises to offer a breathtaking cinematic experience. 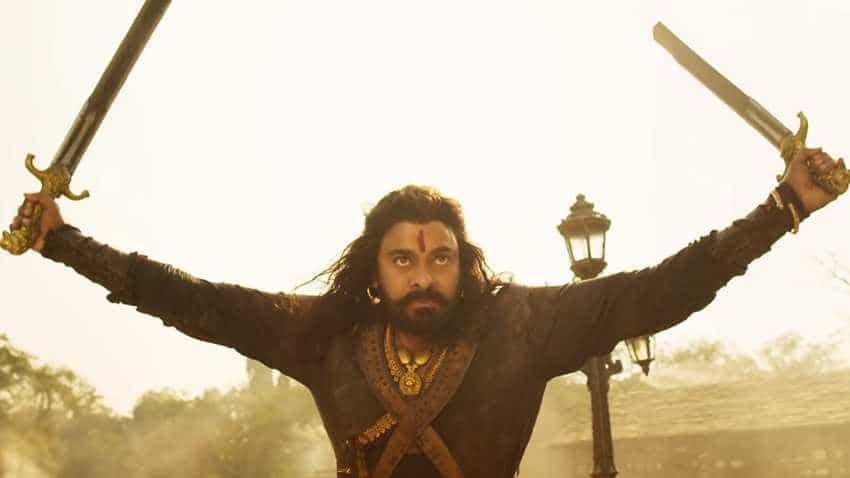 Looking at the star cast one would feel that this could probably be the biggest film to have come out of India and should trash all box office records. However, this is unlikely to happen. As it turns out, the film releases on October 2 - the same date when Hrithik Roshan and Tiger Shroff starrer War is also set to hit theatres.

Film critic and trade analyst Sumit Kadel believes that while Sye Raa Narasimha Reddy has a lot of potential, its Hindi version would stand a chance against War. In a tweet, Kadel said that the latter would go on to earn at least Rs 48 to Rs 50 crore on the first day itself which would give it the biggest opening of 2019.

"#SyeRaaNarasimhaReddy is grand & excel will get it 1000 + screens in hindi belt but screens doesn’t matter when HYPE rules.I am aware about the surreal craze for #WAR on ground .you‘ll witness advance booking on the level of ENDGAME & Baahubali-2. 48-50 cr is minimum expectation," Kadel tweeted.

In another tweet, he again pointed out that the collection would not be less than that. "#WAR will mint ₹ 48- 50 cr+ on its first day (October 2nd) & there should be no doubt about it. Save the tweet," he said.

Meanwhile, the teaser of Sye Raa Narasimha Reddy hints who Uyyalawada Narasimha Reddy was, by referring to him ‘the first rebel’ who roared like a lion and led a rebellion against the British East India Company. Narasimha Reddy had led a peasant uprising in Kurnool in the 1840s, much before Sepoy Mutiny in 1857.