Suzlon Energy: Another Jet Airways of the stock market in the making? 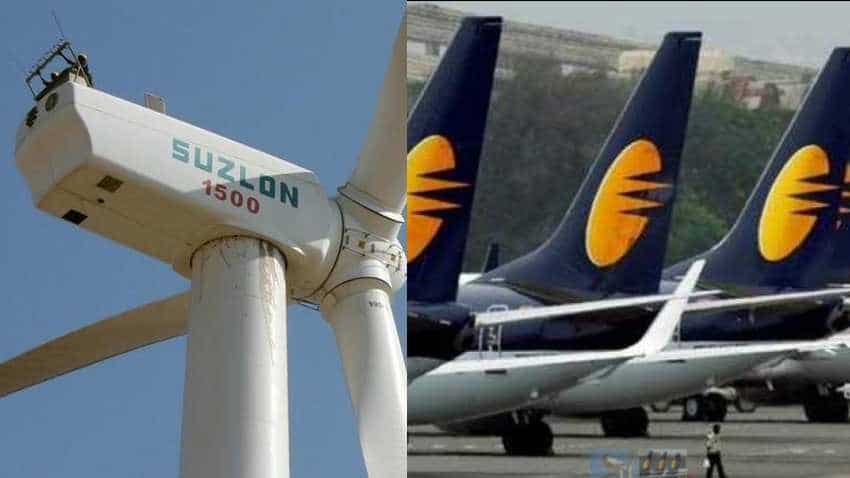 Suzlon Energy share price has tumbled around 11 per cent in this week and if we go by the stock market experts, the stock is expected to further nosedive as the counter is both technically and fundamentally weak. According to the stock market experts, the recent bond default to the tune of Rs 1300 crore has done further damage to the traders' sentiment. Since the company is facing a liquidity crisis there are murmurs that the counter may become another Jet Airways of the stock market. Both Jet Airways company and its shares have crash landed. After the free-fall of Jet Airways share price, SEBI had to withdraw Jet Airways shares from the cash segment to ensure the safety of the small investors.

Advising stock market investors to avoid taking any position in the Suzlon Energy shares Prakash Pandey, Head of Research at Fairwealth Securities said, "Fundamentally, Suzlon Energy shares are quite weak and its Saturday's bond default of Rs 1300 crore has further hit the stock market sentiments. The company is facing fund crisis and is going through one of the toughest phases of its existence." He said that as in the case of Jet Airways, bankers are facing similar kind of solvency problem in regard to the Suzlon Energy. Prakash Pandey of Fairrwealth Securities advised share market investors is to avoid taking any position in Suzlon Energy stock. In fact, Pandey went one step ahead and advised share market investors to square-off their holding positions into Suzlon Energy counter.

Simi Bhaumik, a SEBI registered technical equity analyst told Zee Business online, "Technically, Suzlon Energy share price is highly bearish and I advise market investors to avoid any buy call in regard to the Suzlon Energy shares and exit at current levels as it would further go southward in upcoming trade sessions."

Jet Airways share price came down from around Rs 275 per stock levels to Rs 42.70 (at 10:13 AM) in the last six months. The aviation counter witnessed a sharp decline in its price at Indian indices after the news breakout of its bankruptcy and series of delay in payments including salaries of its staffs. Suzlon Energy too announced last Saturday that it had failed to pay $1,72,00,000 (near Rs 1300 crore) bank bonds citing, "The company has not made the payment of the principal amount of the outstanding bonds, being US$172,00,000 , which was due on 16 July 2019 in accordance with the terms and conditions of the bonds."