Condolences poured in from foreign leaders on the death of former External Affairs Minister Sushma Swaraj, who died at age 67, after suffering a massive cardiac arrest. 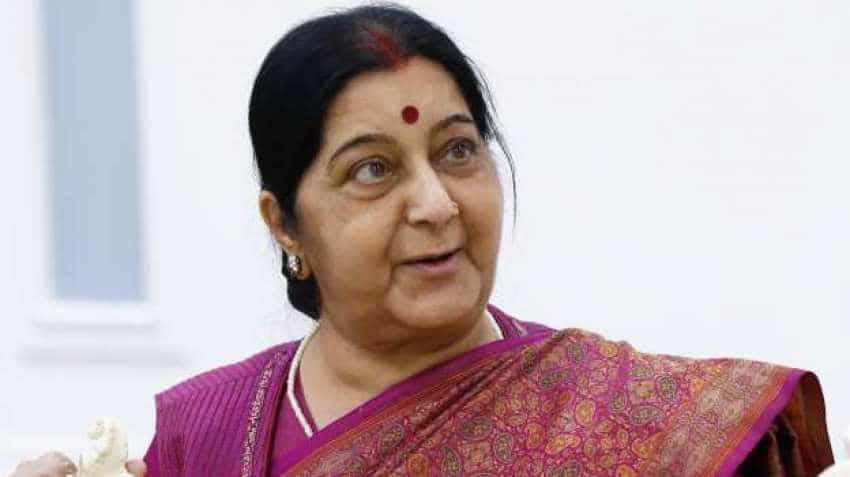 Condolences poured in from foreign leaders on the death of former External Affairs Minister Sushma Swaraj, who died at age 67, after suffering a massive cardiac arrest. Bangladesh Prime Minister Sheikh Hasina, expressing deep condolences, said: "She (Sushma) was a good friend of Bangladesh. With her death Bangladesh has lost a good friend."

Iranian Foreign Minister Javad Zarif tweeted: "My deepest condolences to the government and the people of India on the passing of former External Affairs Minister Sushma Swaraj.

"I had many fruitful and useful discussions with her while she held office, and am saddened by her sudden passing. May she forever rest in peace."

Former Afghan President Hamid Karzai tweeted his condolences: "Deeply saddened to hear of the loss of Behinji Sushma Swaraj. A tall leader and a great orator and people`s person. My profound condolences to the people of India and her family and friends.@narendramodi."

Afghanistan Foreign Affairs Minister S. Rabbani posted: "I`m saddened to hear of the untimely demise of Sushma Swaraj, former EAM of India. My deepest condolences to the people and government of India on the loss of a distinguished public figure who represented her country with distinction & determination."

Former Israeli ambassador to India Daniel Carmon tweeted: "Saddened by the passing away of former #EAM A@SushmaSwaraj ji. An #Indian leader who was always impressively accessible to all #Indian citizens worldwide.I will not forget her friendship to Israel In #Parliament & in #Government & her visit to #Jerusalem, 2016. She will be missed."

Alexandre Ziegler, the Ambassador of France to India, tweeted: "My heartfelt condolences to the family & loved ones of former EAM of India, Sushma Swaraj ji. One of India`s most respected leaders, she showed remarkable dedication to serving her fellow citizens & took the Indo-French relationship to new heights."