Prime Minister Narendra Modi has always been a fitness enthusiast, actively taking part in Yoga and other fitness challenges online. And, he has emerged as India's top top-most health influencer for the second year in a row beating big names like Bollywood actor Akshay Kumar and Yog guru Baba Ramdev. 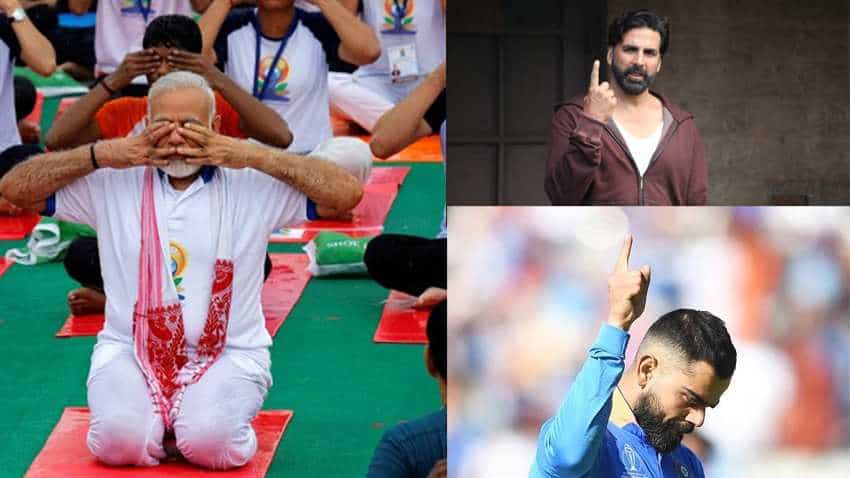 Prime Minister Narendra Modi has always been a fitness enthusiast, actively taking part in Yoga and other fitness challenges online. And, he has emerged as India's top top-most health influencer for the second year in a row beating big names like Bollywood actor Akshay Kumar and Yog guru Baba Ramdev. According to India's leading preventive healthcare ecosystem GOQii, PM Modi is ahead of everyone else in helping people adopt a healthy life. The new entrants in this year's coveted list of India`s "Top 30 Health influencers for 2019" include MS Dhoni, Ranveer Singh, Kareena Kapoor, Tiger Shroff and Priyanka Chopra who made it to the top 10.

The other two names that complete the top 10 list are Indian cricket team captain Virat Kohli and actor Deepika Padukone. "This report is an effort to identify the most influential healthcare personalities in our country who have the power to make India healthy; a goal for us at GOQii as well as the government of India," Vishal Gondal, CEO and founder GOQii, said in a statement.

"Modi was instrumental in instituting the International Day of Yoga 2015, which is now observed globally. He is not only keen on improving India but keen on improving the health and fitness of Indians as well. Despite all the tasks at hand, the 68-year-old still manages to stay fit," said the report.

Just like the prime minister, Akshay Kumar has also been motivating people to take up a healthy life. He is one of country's fittest celebrity who is trained in martial arts and has a black belt in taekwondo. The actor manages to maintain his workout regime, occasionally adding new exercises to avoid boredom, despite a busy schedule. The actor believes that one should devote their body to exercise for one hour in order to be fit," the report mentioned.

A popular household name, yoga for Ramdev is an integral part of life of most Indians who are worried about their fitness and want to do something about it.

"His claim to fame is his company, Patanjali Ayurved, that believes in yoga and ayurveda as a way of improving life. His brand is now a popular name in India and is giving MNC FMCG companies a run for their money. As of May 19, his company is the third largest FMCG company in India," the report noted.

The top 30 health influencers were selected from a list of 100.