Firstly, many blamed demonetisation for being an unplanned procedure. Secondly why bring in Rs 2000 notes, which is higher than the banned Rs 1000 notes if the agenda was to curb black money? 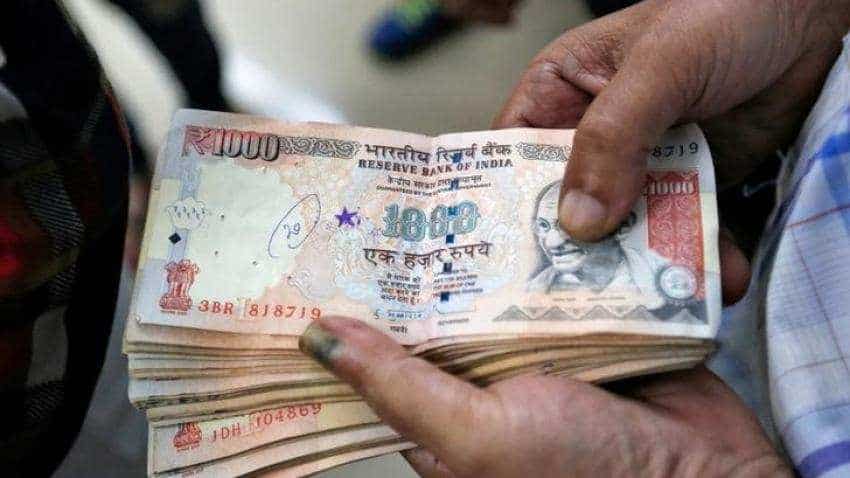 Citizens across India suffered from the aftermath of the old Rs 500 and Rs 1000 banknotes being discontinued. Photo: Reuters

A new high denomination currency notes buzz has scared many Indians! This time some are saying that soon the highest denomination note of Rs 2000, will be phased out. However, as per an official reaction, the currency will remain valid. However, the word 'discontinue' itself brings the worst memories of demonetisation up up. Citizens across India suffered from the aftermath of the old Rs 500 and Rs 1000 banknotes being discontinued. The thing that is driving the new fears is the annual report of RBI, which has revealed that, they are printing Rs 2000 notes in minimal quantities. Meantime, the Rs 500 notes are being printed heavily. But if you look closely, the central bank’s data also highlights that India is still not rid of Rs 1000 bank notes, in fact they are still in circulation! Shocking but quite true.!

There were two types of criticism the NDA government faced when it boldly discontinued 86% of India's currency chest by imposing a ban on Rs 500 and Rs 1000 notes.

Firstly, many blamed demonetisation for being an unplanned procedure. Secondly why bring in Rs 2000 notes, which is higher than the banned Rs 1000 notes if the agenda was to curb black money?

Few names that criticized the introduction of Rs 2000 notes were opposition party,  bankers even including Uday Kotak, the managing director of Kotak Mahindra, as per The Print.

As per RBI’s annual report FY18, there are somewhat 15,469 million pieces of Rs 500 worth Rs 7,734 billion which is more than double compared to just 5,882 million pieces worth Rs 2,941 billion in FY17. With this, Rs 500 notes have the highest share in overall banknotes circulation, as RBI prints this currency more compared to others.

This low printing of Rs 2000 is surprising on RBI’s front considering it is only a little over two years since this note took birth in India. One of the reason can be higher printing cost, which is generally highest in high denomination banknotes compared to others. The cost is borne by RBI which in return dents their financial performance and hence dividend to government.

Another reason, can be the massive rise in counterfeit notes of Rs 2000. Fake currency notes have been a cause of concern for RBI for a very long time, and the fiscal year FY18 was no different. You would be surprise to know that, Rs 2000 notes are the one which is highly forged by fraudsters.

In the new Mahatma Gandhi series, about 17,929 pieces of Rs 2000 counterfeit notes were detected during 2017-18 as against just 638 respectively during the previous year. Even, Rs 500 was in the list of scammers, as RBI detected somewhat 9,892 pieces of this banknote in FY18 compared to just 199 pieces of fake notes witnessed in FY17.

Many who reapproved of Rs 2000 high denominations, reasoned explaining that it can be used for hoarding tax evasion and money laundering. Looks like they can now say ‘I told you so’.

Moving ahead, adding to your shock is the fact that India is still not rid of Rs 1000 notes! Yes, you read that right! In RBI’s data, it was known that there were 66 million pieces of Rs 1000 still in circulation worth Rs 66 billion. This number has come down from 89 million pieces in FY17 worth Rs 89 billion. 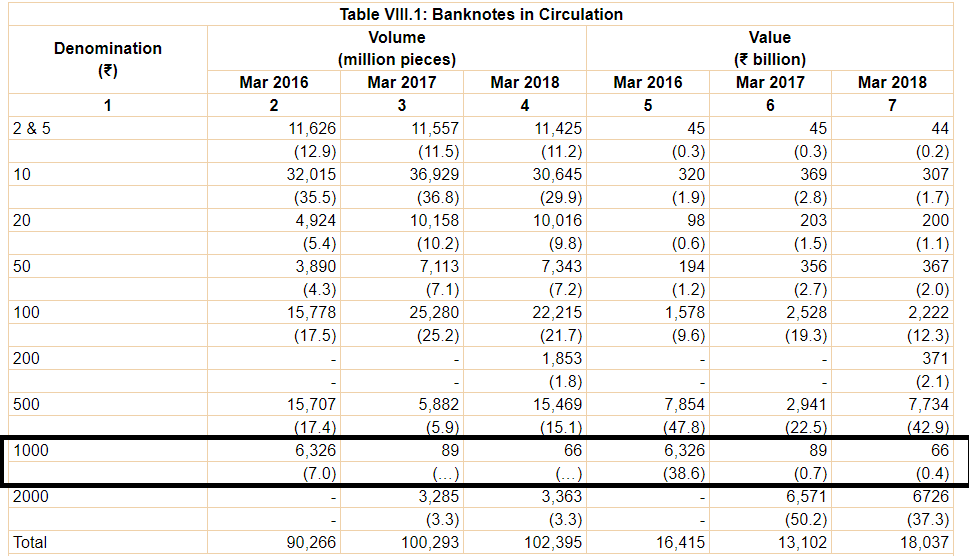 During the year, 27.7 billion pieces of banknotes were disposed as against 12.5 billion pieces last year, mainly on account of accelerated processing of SBNs of Rs 500 and Rs 1000 denominations..

Hence, when will India be completely Rs 1000 free will be keenly watched. Also it would be interesting to know governments and RBI’s view on low circulation of Rs 2000 notes. Will the highest denomination of India exit from the country that’s one question of worry. However, till that time, be aware of fake notes and make sure the currency you carry is real.

Current status of India’s currency chest includes, the share of Rs 500 and Rs 2000 banknotes, which had together accounted for 72.7% of the total value of banknotes in circulation at end-March 2017, increased to 80.2% as at end-March 2018.

Share of newly introduced Rs 200 banknotes in the total value of banknotes in circulation was 2.1% as at end-March 2018.