"The pricing development would push automobile companies to strategies being followed by companies in the western markets where diesel run cars are not sold on fuel pricing differential, but on overall make and quality that puts them ahead of petrol run cars," the expert quoted earlier. 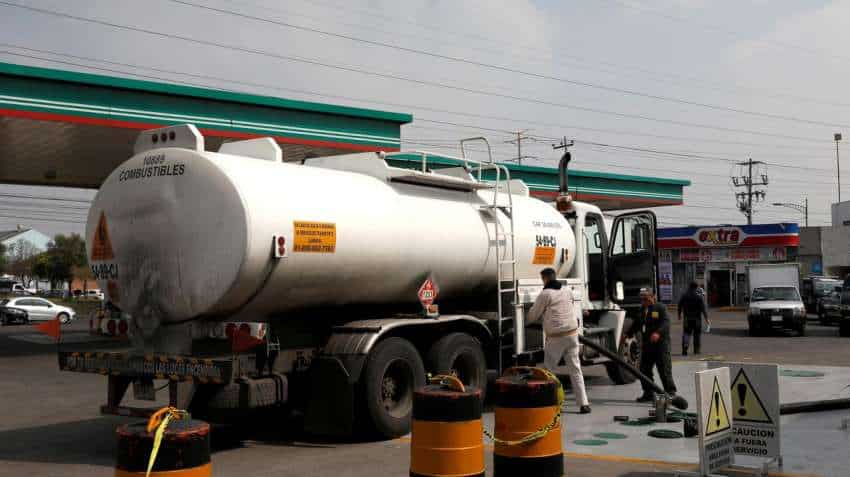 Diesel is currently priced at Rs 79.40 a litre in the Capital, just 36 paise short of petrol price that is being retailed at Rs 79.76 a litre, Photo: Reuters
Written By: IANS
RELATED NEWS

In an unexpected development, the pump price of diesel is all set to surpass the petrol price in the capital, making it the most expensive transport fuel for the first time in a long time.

Globally, diesel is priced slightly above petrol prices due to the very nature of the product that has a higher cost of production. But in India, due to the lopsided taxation structure, diesel attracts lesser of the tax between the two auto fuels keeping its prices lower than petrol for last several years.

Diesel is currently priced at Rs 79.40 a litre in the Capital, just 36 paise short of petrol price that is being retailed at Rs 79.76 a litre. Going by the trend of price movement in the two products for the last few days where diesel prices have consistently increased by 50-60 paise per litre while the daily increase in petrol prices have fallen to just 20 paise on Tuesday, it is set to surpass petrol prices in next few days.

"Diesel price movement is sharper in international market and if oil companies follow the global price trend, diesel prices will surpass that of petrol later this week. It will be after many years that this would happen and is expected to sustain for some time unless government changes the tax structure of the petroleum products again," said an oil sector expert from one of the big four audit and advisory firms asking not to be named.

Interestingly, even in India the base price of diesel is expensive than petrol. According to the Indian Oil Corporation (IOC), while the base price of petrol in Delhi currently comes to Rs 22.11 per litre, the same for diesel is higher at Rs 22.93 per litre (effective from June 16, 2020). This has been the case for a long time, but retail price of petrol can be higher than diesel due to central and state taxes.

What has now brought diesel prices to a whisker of petrol prices in the capital is the Delhi government`s decision early May to increase the Value Added Tax on diesel from 16.75 per cent to 30 per cent and on petrol from 27 per cent to 30 per cent. This increased the retail price of diesel and petrol in Delhi by Rs 7.10 and Rs 1.67 a litre respectively. With Central taxes on the two products already reaching identical levels, the Delhi governments move hastened price parity between petrol and diesel.

While the movement of retail pricing is being seen with a sigh of relief by vehicle owners whose cars run on petrol, those buying the relatively expensive diesel cars are now repenting on their decision. The development is also being seen with caution by automobile companies who have spent millions to ramp up their facilities for diesel run vehicles. The expectation is that demand for such cars will now fall, causing more damage to companies where sales are already impacted due to persistent economic slowdown and now the spread of COVID-19 pandemic.

"The pricing development would push automobile companies to strategies being followed by companies in the western markets where diesel run cars are not sold on fuel pricing differential, but on overall make and quality that puts them ahead of petrol run cars," the expert quoted earlier.

Yes, but for commercial vehicle sector the rising price of diesel had not been welcomed. In fact, the commercial transport sector had time an again threatened strike against the move to raise fuel prices.

With petrol and diesel retail prices closing, the case for adultering fuel has also gone down much to the relief of vehicle owners.