So, the cat is finally out of the bag! Union Finance Minister Nirmala Sitharaman on Thursday tabled the Economic Survey 2019 in the Rajya Sabha. 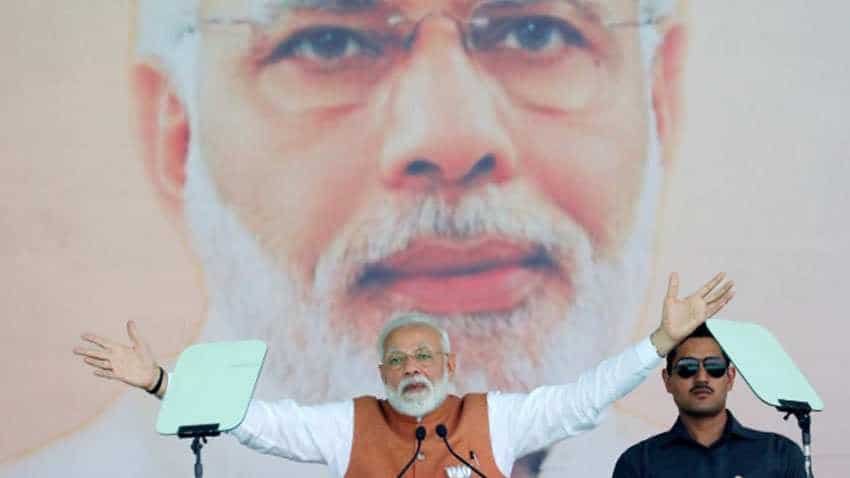 How India will become a $5 trillion economy by 2025 - Find out | Reuters photo
Written By: Prashant Singh
Edited By: Harish Dugh
RELATED NEWS

So, the cat is finally out of the bag! Union Finance Minister Nirmala Sitharaman on Thursday tabled the Economic Survey 2019 in the Rajya Sabha. And, the point which has become talk of the various corridors of power about how India will become a $5 trillion economy by 2025. According to Economic Survey 2019, "To become a $5 trillion economy by 2025, India need to sustain a GDP growth rate of 8%."  On Economic Survey, Chief Economic Adviser (CEA) Krishnamurthy Subramanian has said, "Our team has put in a lot of effort with a lot of dedication, I hope results are good and we are able to contribute to the ideas for the economy. I hope the almighty blesses us."

Here are the key takeaways of the Economic Survey 2019:-

- Growth expected to be on a higher trajectory in FY20

- Boost in investment expected in FY 20

- Rural development gained momentum from 2018 only

- Increased demand will give pace to investment

- Decline in NPA should result in an increment in expenditure

- Overall economy will see gains due to political stability

The first budget of Modi 2.0 government is scheduled to be presented on July 5 by Finance Minister Nirmala Sitharaman. Before the country went to polls, an interim Budget authorising government expenditure for a limited period was presented on February 1.